ASHA worker dies, another critical due to snakebite in Odisha 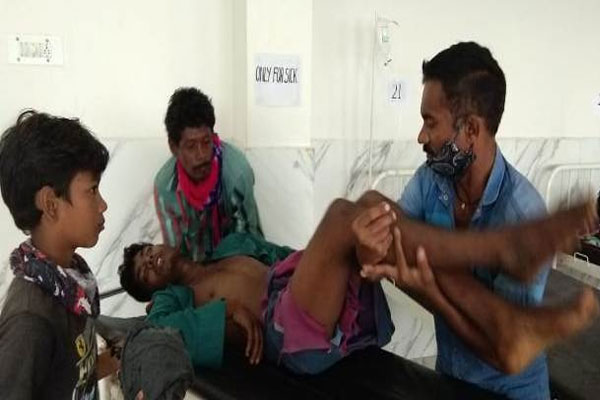 Nuapada:  Snakebite claimed the life of an ASHA worker of Patelpada village under Sinapali block in Nuapada district in the late hours on Friday.

As per sources, the ASHA worker identified as Shantilata Majhi was sleeping in her house when a venomous snake slithered in and bit her. Although she was immediately rushed to a hospital in Khariar, she was declared dead by doctors.

A similar incident has been reported from NS Salebhata village in the district, where 19-year-old boy Dinesh Sahu was bitten by a venomous snake in his house yesterday. The boy was rushed to Nuapada hospital immediately. After his conditions deteriorated, his family took him to sorcerer for a  cure.

On being tipped about the incident, Nuapada police reached the spot and rushed Dinesh to Nuapada District Headquarters Hospital (DHH) in critical condition. Fortunately, he recovered and his condition was stated to be stable.