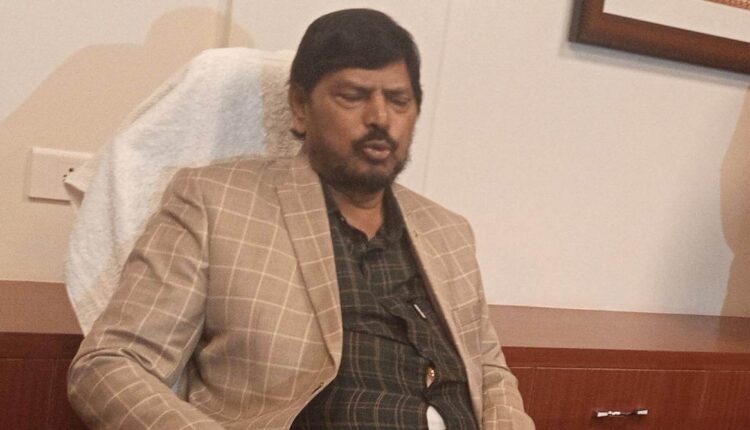 “The Biju Janata Dal (BJD) has helped the NDA government a lot during the passage on many important Bills in both Houses of Parliament. Naveen Patnaik’s BJD will gain much if it joins hands with the NDA in the 2024 elections. The Narendra Modi government at the Centre may grant more funds to Odisha,” said Athawale, who is on a visit to Odisha.

Athawale claimed that the NDA will retain power at the Centre with a bigger mandate in 2024 elections.

“Nitish Kumar in Bihar has left NDA recently but his party may return to the BJP-led alliance in near future. However, Nitish’s departure from NDA will not have any impact on the alliance in 2024 elections. The NDA will win at least 350 seats in the next Lok Sabha elections,” Athawale said.

Notably, the BJD has been maintaining equidistance from both BJP and Congress for last several years. However, the ruling party in Odisha has recently supported NDA’s Presidential nominee Droupadi Murmu and Vice-Presidential nominee Jagdeep Dhankhar.

Naveen Patnaik’s BJD was the first non-NDA party to announce its support for Murmu, who is native of Odisha.