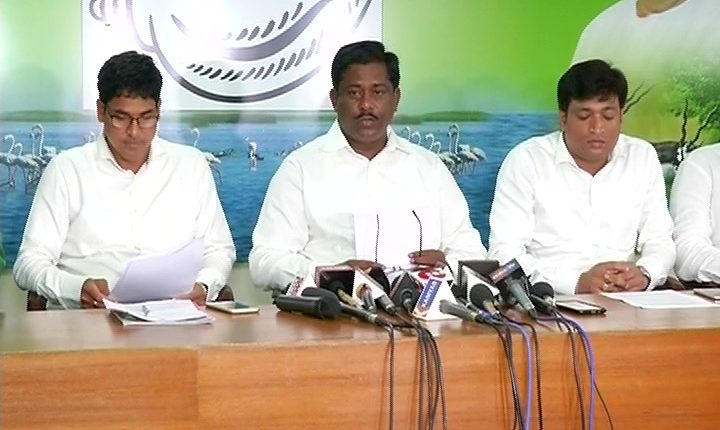 Bhubaneswar: Expressing strong resentments over unavailability of cash in ATMs of the SBI and other banks in the State, the ruling BJD announced that it would stage a two-hour silent protest across the state on Saturday.

The party’s General Secretary Sanjay Dasburma, who announced about the protest during a press meet here today, however, made it clear that functioning of the banks will not be affected by the protest.

“The party will stage protest for two hours -from 10 AM to 12 noon in front of the RBI Headquarters in Bhubaneswar and all nationalised banks in sub-divisions and blocks across the State,” he said adding the main purpose behind the protest is to aware people about the callossness of the Central governmnet.

The BJD leader further said that people in the State have been facing difficulty as most of the ATMs are running out of cash for the last few days.

The presser was also attended by party leaders like Arun Sahoo, Sasmit Patro and some other leaders.

“It is not a uniform cash crunch problem. It is there in geographies like Telangana and Bihar. We are hoping that the problem will be resolved by tomorrow because cash is in transition and it is reaching these states by today evening,” SBI’s Kumar told reporters in New Delhi.