Attack on father-son duo: Are police trying to hush up role of ‘Manababadi Sangathan’ chief 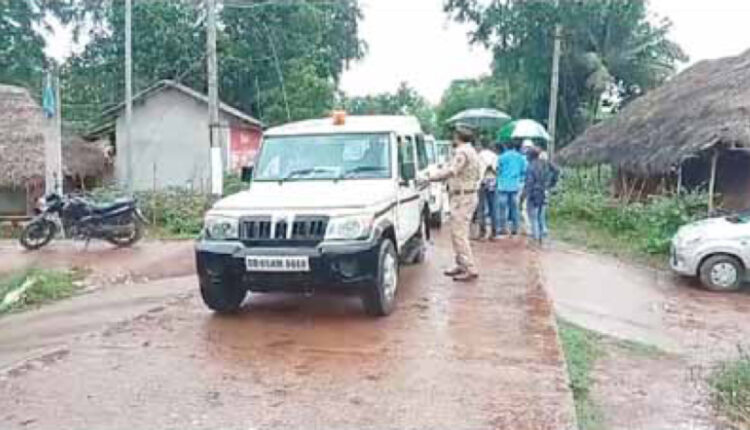 Begunia/Bhubaneswar: A day after video of torture on 65-year-old Maguni Naik and son Anand Naik of Kadaba village under Begunia police limits went viral on social media, Khordha SP Raj Kishore Dora and other senior police officials visited the village to record their statements today. As per the allegations leveled by Maguni and son, members of a non-governmental organisation – ‘Manababadi Sangathan’ headed by Advocate Manas Das thrashed the father-son duo with sticks two months back.

When the video of the torture was telecasted by media, the Khordha SP and other cops visited Kadaba village and enquired some villagers. The police then brought Maguni to Begunia police station and collected the information. Based on his complaint that was filed after an assurance from the police on security, a case has been registered against nine persons.

Meanwhile, villagers alleged the Begunia police have been trying hard to hush up Manas Das’s involvement in the case. Even though Maguni accused Manas of directing the ‘Manababadi Sangathan’ members to beat up him and his son, the police changed the FIR copy.

During the discussion with the Khordha SP, Maguni also mentioned the FIR tampering by Begunia police.

In the video, it can be seen some people were beating up Maguni and his son mercilessly with sticks. Though the incident occurred two months back, the matter came to light after the video went viral.

Out of fear for life, Maguni and his son, Anand had not mustered courage to file a complaint against the attackers. But, after the media highlighted the issue, the Khordha Police swung into action few days back and started an investigation.

Manas Das formed the ‘Manababadi Sangathan’ to provide legal help to people from ‘Sara’ community who are mostly daily wage labourer and poor. Activities of the organization began in Begunia area in 2007-08.