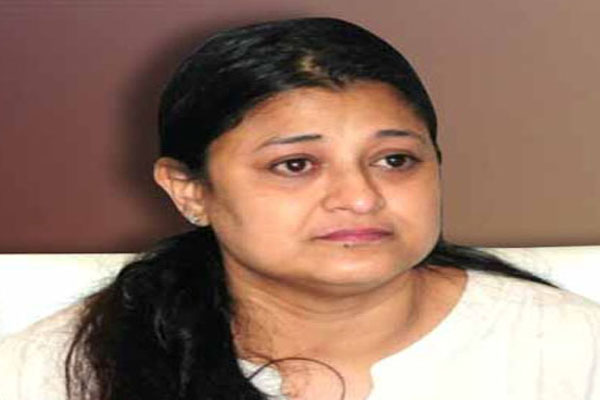 Talcher: The prime accused in attack on Ollywood actress Usasi Misra filed a counter case against the celebrity for allegedly manhandling him and issuing death threat.

The case has been filed against Eastern Blue Opera actress Usasi Misra by Indramani Sahoo at Talcher SDJM court on April 23.

In the complaint, the accused alleged that he was manhandled by the actress, who brought allegation and filed case against Indramani for abusing her and manhandling her while she was on her way for Jatra in Angul district on April 22 night.

He alleged that the vehicle of Usasi had run over one of his legs while she was parking her car during Jatra at Derang. When he opposed, she thrashed him with her shoe and he fell down. She threatened him to kill and pressed his neck with her right leg following which Indramani became senseless out of suffocation. The locals rescued him while the actress was trying to pull him to other side, said Sahoo’s counsel here today.

The case has been forwarded to Kaniha police station for investigation. Now the case is under progress and investigation is going on, he said.

Police arrested one accused identified as Dushmant Behera under sections 294, 341, 323, 506 and 351(B) of IPC for allegedly manhandling actress Usasi Misra and forwarded to the court, said Ajay Kumar Mishra, Government Advocate, Talcher

The efforts are on to arrest other accused who are absconding following the incident.

Indramandi Sahoo, who is the prime accused in the case, was supposed to surrender before the court today. However, he did not appear before the court so far. The police are trying to nab him as soon as possible.

He has filed a counter case against the actress. The case will be forwarded to Kaniha police station under section 156 of CrPc. The case will further proceed after the police submit investigation report, Mishra added.

The case was filed after Usasi took to social media and shared the horrible incident that she faced during Jatra at Derang village in Angul district on Sunday night.

On Monday morning, Usasi lodged a complaint at Kaniha police station alleging Indramani and his two sons of manhandling and physically abusing her in the crowd while she was driving her vehicle. She alleged that the trio assaulted her and tried to molest her publicly.

Addressing a press conference on Wednesday, the actress demanded immediate arrest of the prime accused Indramani and his two sons, who are at large following the incident.

She also expressed displeasure over the action taken by Eastern Blue Opera saying the management should be more concerned to provide security to the Jatra artists.