Attacking someone on basis of religion is pathetic: Virat Kohli stands firm with Mohammed Shami 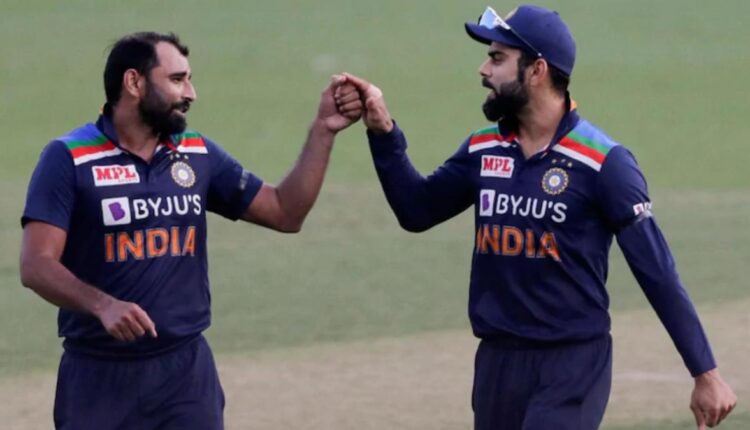 Shami was the chief target for online trolls who targetted his religion after India’s 10-wicket loss.

“There is a good reason why we are playing on the field and not some bunch of spineless people on social media that have no courage to actually speak to any individual in person,” Kohli said during a press conference .

“To me attacking someone over their religion is the most pathetic thing a human being can do. Everyone has the right to voice their opinion but I personally have never even thought of discriminating someone over their religion,” he added. “They have no understanding of the fact that Mohammed Shami has won India a number of matches…If people can overlook that and his passion for the country, I honestly don’t want to waste even 1 min of my life on them. We stand by him 200%. Our brotherhood cannot be shaken.”

“Many people hide their identity in social media then try to troll the players and it is the lowest point in their life – all dramas outside due to the lack of self-confidence of them, we know how to back the players, there is no value from the outside voice,” he added.

India next play New Zealand on Sunday in what is expected to be an exciting game of cricket.