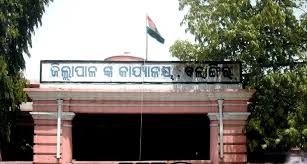 The Puintala BDO was directed to file a complaint against Sushant Chhatria, who won the auction for Sarpanch post conducted by the locals. The BDO was also asked to name others associated with the auction in the police complaint.

Earlier, the State Election Commission had sought a report from the Balangir District Collector in connection with the auction incident after a national reported about the irregularity last month.
Out of four bidders for the Sarpanch post in Bileisarda gram panchayat, one won the right to become Sarpanch unopposed for Rs 44.1 lakhs.

The Bilaisarda panchayat consists of Bilaisarda, Bandanakanta and Kasurupali villages consisting of 15 wards. The post of Sarpanch has been notified as unreserved while the post for Samiti Member has been reserved for a woman ST candidate.

In another case of poll code violation, the District Education Officer suspended Taranisen Padhan, a teacher at Lukapada School under Puintala Block following a directive from the Balangir Collector.