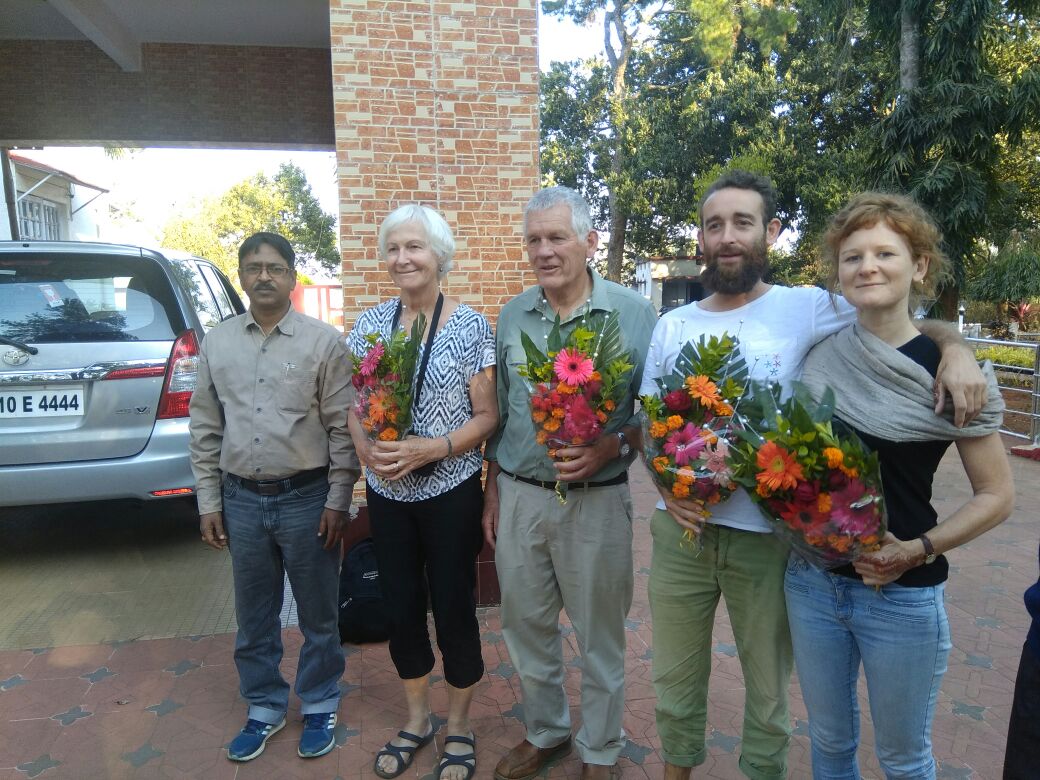 Bhubaneswar/Koraput: While clearing cobwebs over an old truck stacked in her home at Tasmanai in Australia, Alexandra Tanner stumbled upon handwritten impressions about Odisha’s Koraput, where her father, Roger Cecil Sunderland Bell,  served as a collector way back in 1936.

Tanner was born in Vellor in 1947 when Bell was the collector of North Arcot district of the then Madras. She spent her early childhood in India before leaving for Australia with her family at the age of five.

The memoir allowed her a peep into the days her father, whom she lost at the tender age of 12, spent in Koraput and India, which slowly grew on her as she along with her daughter keyed his words to publish it in a book form.

The memoir aroused in her a desire to visit the tribal hinterland and as luck would have it, she got an invitation from a good Samaritan, who had come across the book, to visit Koraput.

When Tanner recently visited Odisha with her family, she was received with lots of warmth at Koraput, which declared her as ‘guest of the district’. She was put in the Circuit House which her father had mentioned in his writings.

According to Tanner, her father was strongly influenced by the tribals, their life and culture. Koraput’s climate had also left imprints on him.

Tanner, her husband and two children also visited the tribal museum and interacted with people there. She was later felicitated by former district collector Gadadhar Parida, who is also the director of the museum.

Speaking at the felicitation ceremony, she said, “His career in India meant a lot to him. Perhaps that is why he penned down his thoughts and experience. Koraput figured extensively in his writings. He came here as its first collector and perhaps it was his first posting in that capacity. Koraput stayed with him even after he was transferred and he kept in touch with people here through letters.”

It was an emotional moment for Tanner, when she was taken around the office and bungalow, which was once occupied by her father. “It felt good to see my father’s name listed on the top among Koraput collectors. The school books too mentions RCS Bell as the first collector of Koraput,” she said.

The visitors took a walk from Bell Road to Indira Chhak in Jeypore the following day. They were also felicitated by the people of the district.