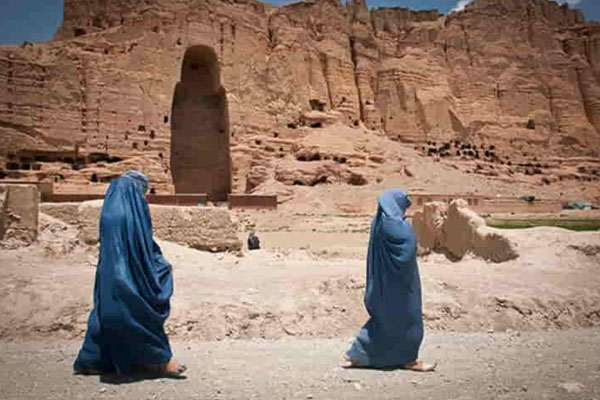 New Delhi: A week after the Taliban captured Afghanistan, hundreds of Afghan citizens continue to live an uncertain life here in Delhi and have been crowding outside various embassies for visas. The Australian High Commission in the national capital has expressed deep concern over the reports of “a rapid roll-back on women and girls’ rights in Afghanistan.”

“Empowering women and girls has been a focus of Australia’s development assistance to Afghanistan since 2001 and our Foreign Minister, Marise Payne, has joined international calls to protect the rights of women and girls,” a spokesperson for the Australian High Commission exclusively said on Monday.

“We will continue to promote the protection of women’s rights through ongoing multilateral political advocacy, and support the immediate needs of conflict-affected women and girls through our ongoing humanitarian assistance,” he said.

Calling the situation in Afghanistan as “evolving rapidly and highly volatile and dangerous,” the spokesperson said the flights would be subject to operational conditions.

“We are working closely with like minded partners on the ground. The Australian Defence Force has deployed more than 250 personnel and up to five aircrafts to support the evacuation operation. Our officials are working round the clock to help Australians, Permanent Residents, and family members, who are seeking to leave Afghanistan,” the spokesperson said in an exclusive e-mail interview.

“The Australian Government’s highest priority is the safe and orderly departure of Australian citizens and visa holders, including former locally engaged Afghan employees,” he added.

In fact, not just Australians, the High Commission officials are in contact with “many New Zealanders registered with the Department of Foreign Affairs and Trade (DFAT) and will continue to provide information on departure options,” he said.

Angelina Jolie shares her thoughts on US’ withdrawal from Afghanistan