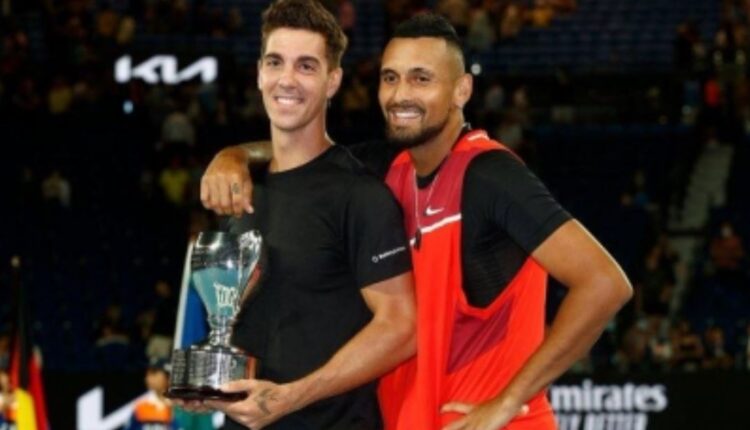 Kyrgios and Kokkinakis, playing their fourth event together, won the final 7-5, 6-4 to claim their maiden Grand Slam doubles title.

The two pairs, in their first-ever doubles face-off on Saturday, held their service throughout the majority of the first set.

Kyrgios and Kokkinakis managed to close out the set with a break in the 11th game that lasted six minutes and saw a back and forth over 12 points, followed by a perfect service game.

In the second set, the wildcard entrants Kyrgios and Kokkinakis made a mid-set break and maintained their defense despite a strong offensive put on by Ebden and Purcell.

With that, Kyrgios and Kokkinakis won their first Grand Slam doubles title in what was their fourth appearance as a team. They also became the first wildcard team to win the Australian Open men’s doubles title in the Open Era.

The dynamic duo have shaken up the men’s doubles bracket in their run for the top of the podium. Affectionately dubbed “Special Ks” by local fans, the two have attracted record viewership due to their unique playing style and engagement with the crowd, reports Xinhua.

“We didn’t think we would get anywhere near this far. With the help of you guys and the coverage it got, we couldn’t ask for anything more,” said Kokkinakis after the match.

Kyrgios, the mercurial singles star who lost to second seed Daniil Medvedev in four sets in the third round, also thanked his team for the support he received when he had Covid-19 in the lead up to the Australian Open.