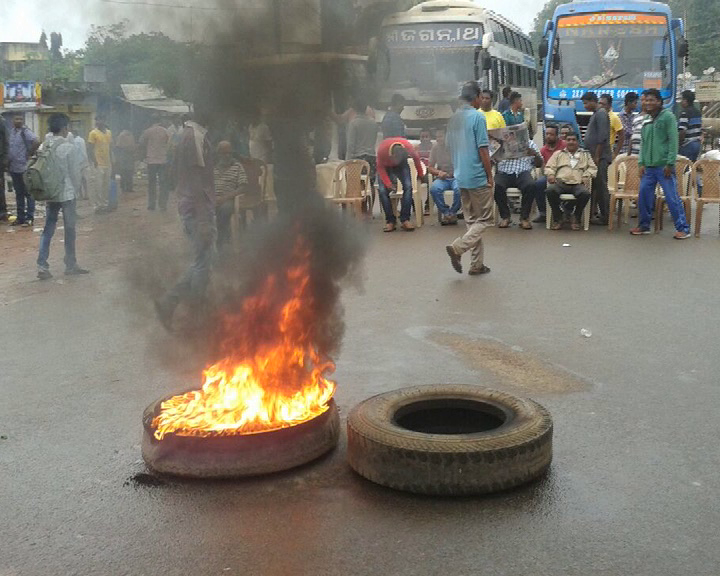 According to reports, a face-off had ensued between the two groups yesterday over carriage of passengers from bus stand in which two persons were injured.

While the bus owners’ association blocked road on NH-26 here by burning tyres, the auto-rickshaw drivers’ body did the same at Majhiguda today.

Police have lodged two cases in the matter on the basis of complaints filed by both sides.

Bus falls off bridge; at least 19 killed in Odisha’s Athmallik