‘Baba’ arrested for misbehaving with minor girl in Odisha 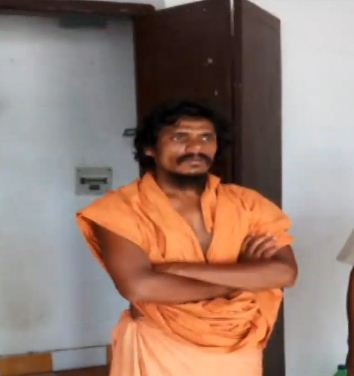 Nuapada: A self-proclaimed Baba (godman) was today arrested for allegedly misbehaving with a minor girl in Khariar area of Odisha’s Nuapada district.

The accused, identified as Basant Kumar Bag of Bhutupali village under Balangir Sadar police limits, was forwarded to court after being arrested under various sections of the IPC and POCSO Act.

As per a complaint lodged by the girl with Khariar police, Bag took her to a room at her house on June 11 evening on the pretext of performing a ritual. The girl became unconscious after he misbehaved with her inside the closed room.

Family members of the girl rescued her and admitted her to a hospital in Khariar. After gaining consciousness, she narrated the ordeal to her kin.

Acting on an FIR filed by the girl, Khariar police today apprehended Bag.