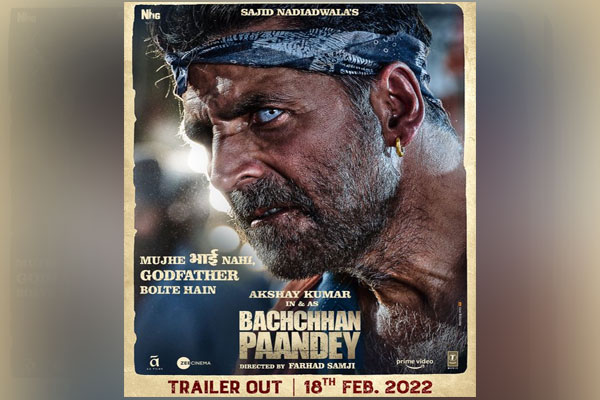 Akshay Kumar took to his Instagram to share his character’s look, he wrote in the caption, “This is one character that has more shades than a paint shop! #BachchhanPaandey aapko daraane, hasaane, rulaane sab ke liye ready hai. Please give him all your love Trailer Out on 18th Feb, 2022 (sic).”

The picture shows the actor in a rugged avatar with a blue eye, thick stubble and a head gear that pretty much establishes his character. The film, a big ticket release, will hit the theaters on March 18, exactly a month after its trailer launch, on February 18, which also happens to be producer Sajid Nadiadwala’s birthday.