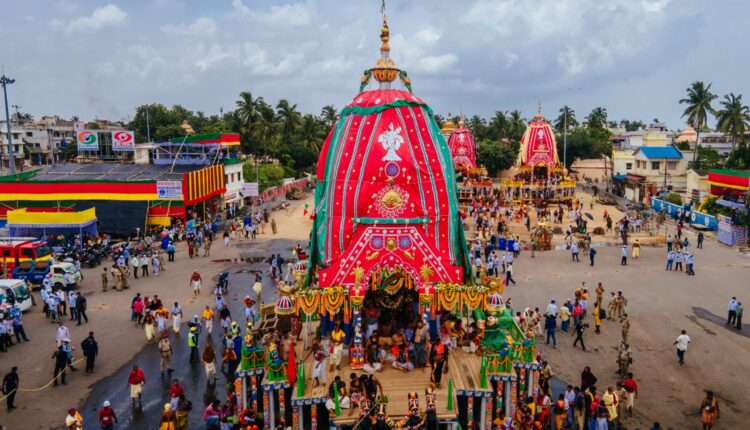 Puri: After a nine-day stay at his Aunt’s place, Lord Jagannath along with his Divine siblings has begun his return journey to Srimandir as pulling of the chariots by servitors and police personnel begins on Bada Danda (Grand Road) here.

Like previous year, Bahuda Jatra of the Lord is being held sans devotees due to the prevailing COVID-19 situation. 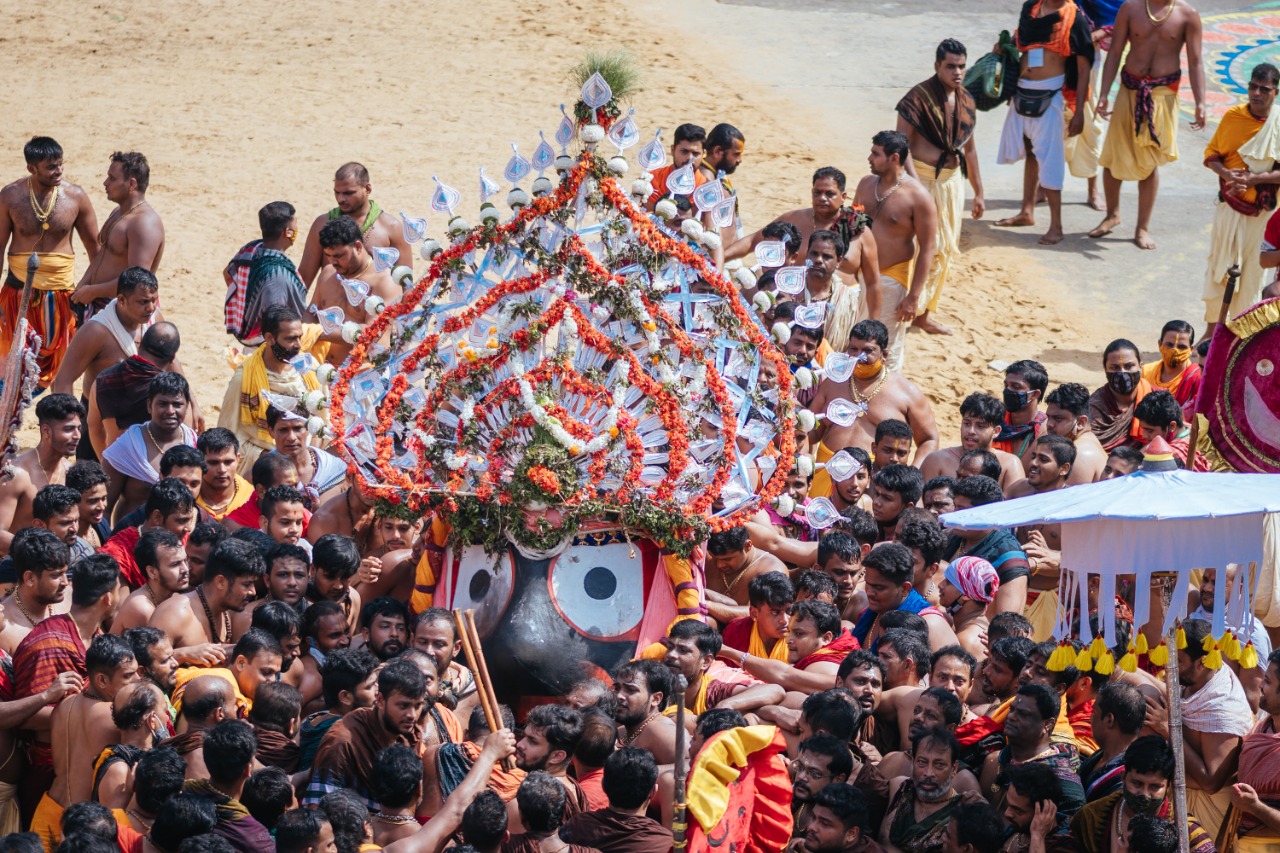 As per rituals, all deities– Lord Jagannath, Lord Balabhadra, Devi Subhadra and Lord Sudarshan were taken atop their respective chariots in Dhadi Pahandi (ceremonial procession) from inner sanctum of Gundicha Temple. After that Puri Gajapati Dibyasingha Deb performed Chhera Panhara, a ceremonial sweeping of the three chariot floors with a golden broom. 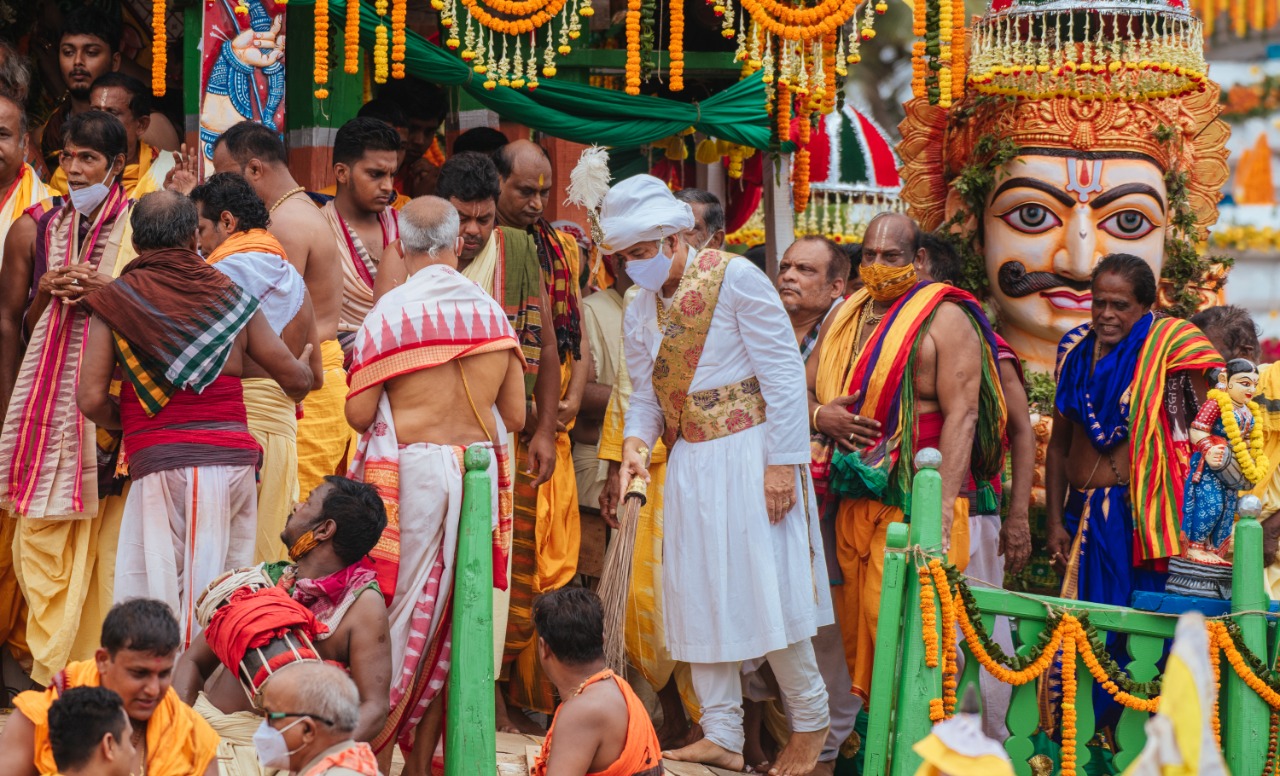 Later, pulling of chariots began on Bada Danda amidst chants of ‘Hari Bol’, blowing of conch shells and  beating of cymbals.

Servitors and police personnel first pulled Taladhwaja chariot of Lord Balabhadra. Later chariots of Devi Subhadra and Lord Jagannath was pulled one after another.

Midway, the chariots took a small halt in front of Ardhasini Temple, also known as Mausi Maa Temple, where ‘Poda Pitha’ were offered to the deities.