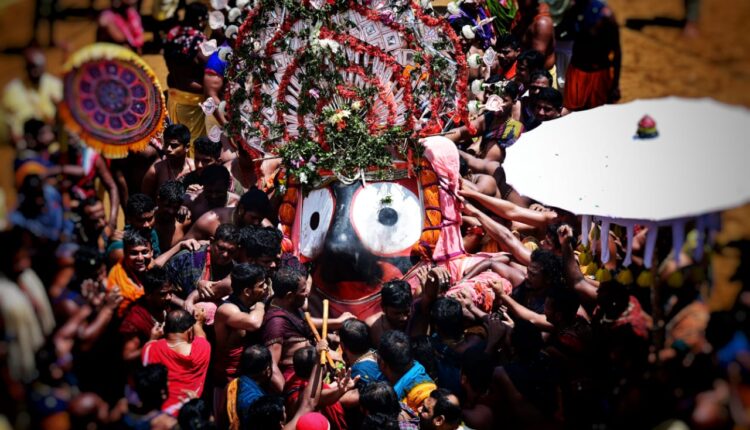 Puri: The auspicious Bahuda Jatra (return journey) of Lord Jagannath and His siblings began today after staying for a week at the Gundicha Temple here during 9-day Ratha Jatra.

The spiritually soaked devotees were found waiting to have glimpse of deities atop the chariots that rolled on the Grand Road towards Srimandir after completion of all rituals.

Amid sounds of gongs, conches and cymbals that reverberated the sky at Saradha Bali, the pahandi rituals commenced at around 8 am with Lord Sudarshan escorted to Darpadalan chariot. Later, Bada Thakura Lord Balabhadra was taken to His Taladhwaja chariot in dhadi pahandi through Nakachanadwar of Gundicha Temple.

Goddess Subhadra, the sister of Lord Jagannath and Lord Balabhadra, was brought to Darpadalan chariot in sunya pahandi by servitors, followed by Lord Jagannath. The Lord of Universe moved towards Nandhighosha chariot in a dhadi pahandi amid sounds of traditional musical instrument gongs played by Ghantua Sevayats. 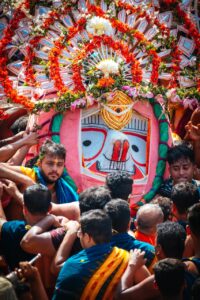 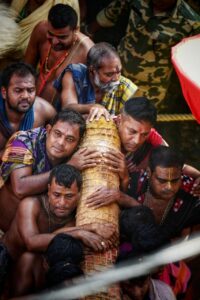 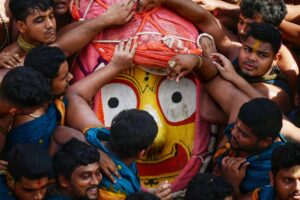 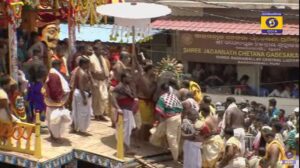 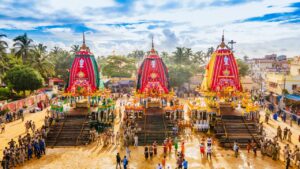 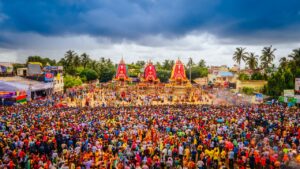 Bahuda Jatra of Lord Jagannath is held on 9th day of Shukla Paksha in Ashadha month as per Hindu almanac. It also holds equal significance like Ratha Jatra when deities will proceed towards their abode Srimandir after staying seven days at their birthplace Gundicha Temple.

“Lord of Universe will make His way back to His Ratna Bedi at Srimandir from Janma Bedi after 7-day stay at Gundicha Temple during 11-day-long Ratha Jatra. After a gap of two years, the devotees from across the state, country as well as overseas thronged Saradha Bali in pilgrim city in large number to have Divine darshan of deities atop the chariots,” a senior servitor said. 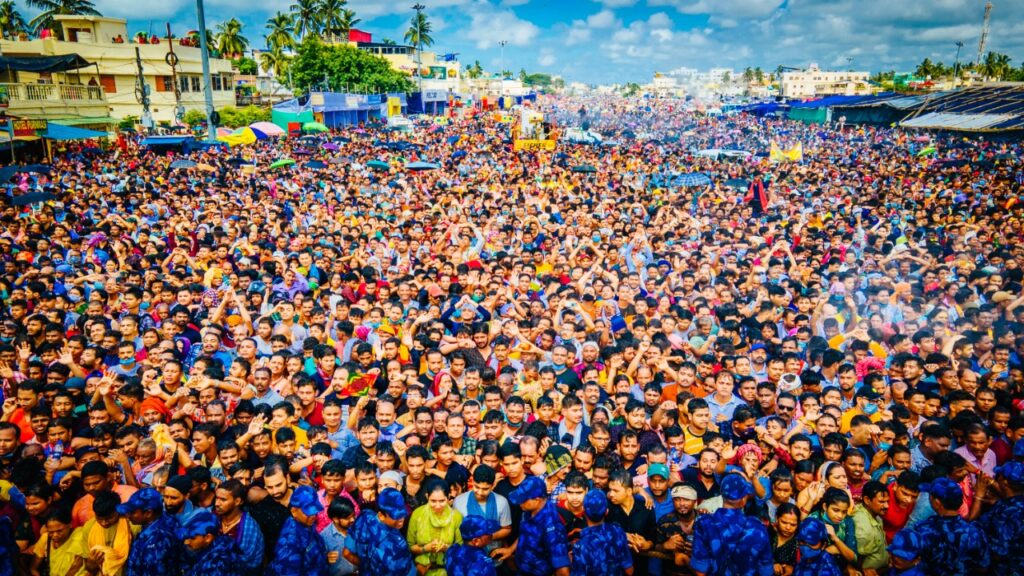 The Bahuda Jatra rituals began early in the morning today. While Mangal Alati was performed at 4 am followed by Mailum, Tadap lagi, Abakash, Surya Puja, Dwarpal puja, Rosa homa, and then Gopal bhog and Khichdi bhog was offered to the Lords atop the Adapa Bedi.

After Mangalarpan, huge floral tahias (tiaras) were fixed and the Daita servitors took the deities in dhadi pahandi headed by servitors playing cymbals, mrudang, conch, clarinet, and Ghantas. The subsidiary deities – Rama Krushna and Madan Mohan – were seated atop the chariots of Taladhwaja and Nandighosha respectively.

The Pahandi was over by 12 pm. The servitors were engaged in adjusting the idols atop their respective chariots. They decorated the deities with Tulsi (holy basils) and varieties of aromatic flowers on chariots followed by chhera pahanra by Puri King Gajapati Dibyasingha Deb, who is the first servitors of Lord Jagannath, at 12.30 pm.

Riding his traditional Tanzan (decorated palanquin), the King arrived at Saradha Bali and swept around the deities on the chariots with a golden broom.

Thereafter the servitors fixed wooden horses to the chariots, placed charioteers on each chariot, set brakes and tied ropes to the chariots for pulling. The Taladhwaja chariot carrying Lord Balabhadra started rolling on the Bada Danda (Grand Road) towards Srimandir at around 2 pm followed by Darpadalan chariot and Nandighosha chariot.

Lakhs of devotees participated in the chariot pulling. The Rathas will briefly halt at Mausi Maa Temple mid way at Balagandi Chhak where the deities will be served the delicious Poda Pitha. Later, the chariots will be again pulled to Srimandir and kept in front of Singhadwar for other rituals including Suna Besha and Adharapana, which will be conducted tomorrow and day after tomorrow respectively before Niladri Bije of deities.