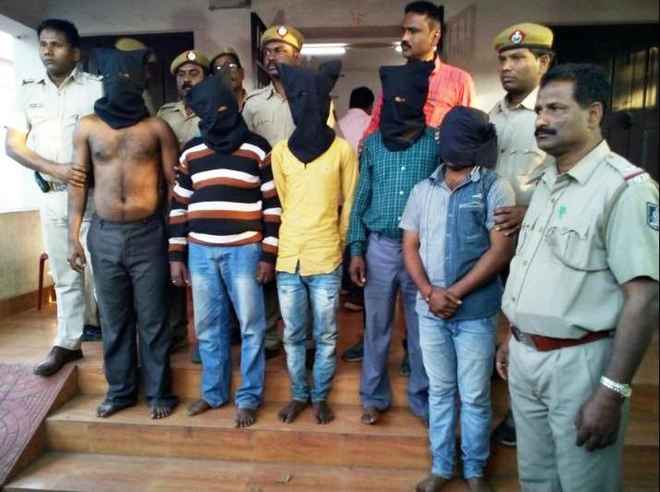 Local police today arrested five persons, including two prime accused, in connection with the sensational murder of four persons of a family at Paganai village under Sadar police limits in Odisha’s Balasore district.

Informing about the arrests at a press conference here, Balasore SP Niti Shekhar said that past enmity led to the killings.

While a total of 14 persons are accused in the case, police have arrested prime accused Ramesh Majhi alias Kalia, a forest guard at Bababandh beat house under Kuldiha forest range and Chandan Jena (20) of Gopalgaon; Sudam Majhi (27), his father Jayant Majhi (58), and Upendra Majhi (43), the SP said.

As many as nine choppers, one sword, seven mobile phones and a bike were seized from them, he added.

While six of the accused went inside the house on the fateful day and committed the murder using sword, others stayed outside, the official said.

Notably, four persons of a family, including a woman and a girl, were murdered with sharp weapons at Paganai village on January 27 night.