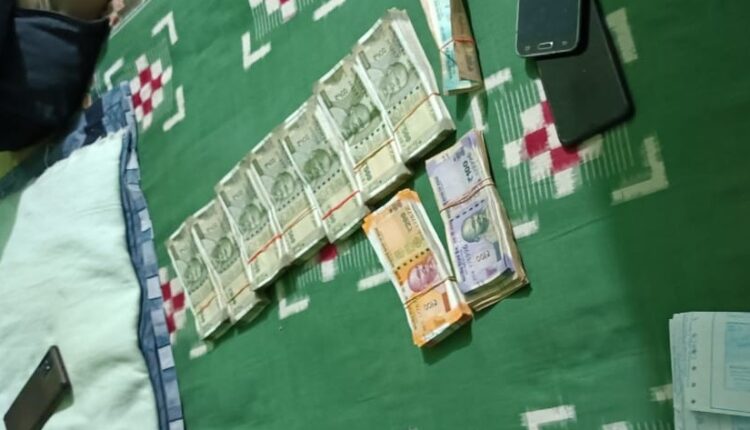 The anti-corruption agency had yesterday intercepted Nayak near Bargarh toll gate and recovered Rs 2,06,220, suspected to be ill-gotten money, from him, which he couldn’t account for satisfactorily.

During the searches, Rs 3.8 lakh in cash was recovered from the official residence of the IIC at Bangomunda.

Further investigation by the Vigilance was underway.