Barabati T20: Know what’s not allowed to carry inside the stadium 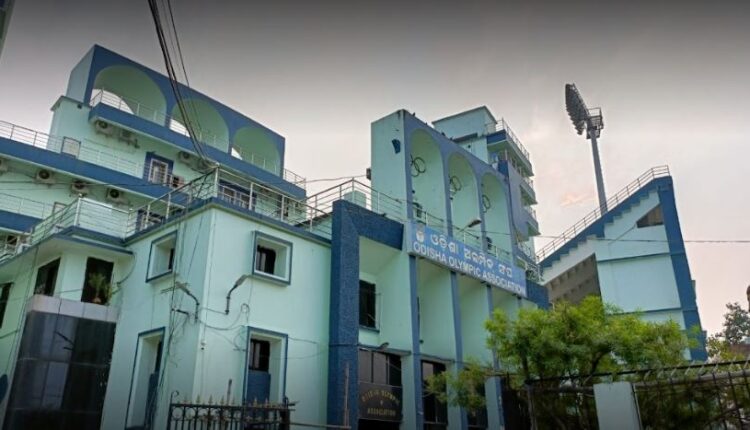 Cuttack: The Twin City Commissionerate Police has tightened security for the T20I match between India and South Africa at the Barabati Stadium here today.

Police Commissioner SK Priyadarshi said objects like coins, knives, bottles, lighters, matchboxes and helmets which can be used as projectiles will not be allowed inside the stadium.

This apart, spectators will not be allowed to carry food or water with them inside the stadium. Food will be available at stalls set up by the Odisha Cricket Association (OCA) inside the stadium. Arrangement for drinking water has also been made by the OCA.

However, mobile phones and sunglasses will be allowed.

On the other hand, wearing mask has been made mandatory for the spectators. No one will be allowed inside the stadium without mask.

A total of 62 platoons of police force has been deployed at the venue for smooth conduct of the match.

Facility for parking of vehicles has been made at multiple places near the stadium for the convenience of spectators.

Below are the parking places for various categories of attendees:

Similarly, spectators will be allowed to enter the stadium through various gates, the details of which are given below: 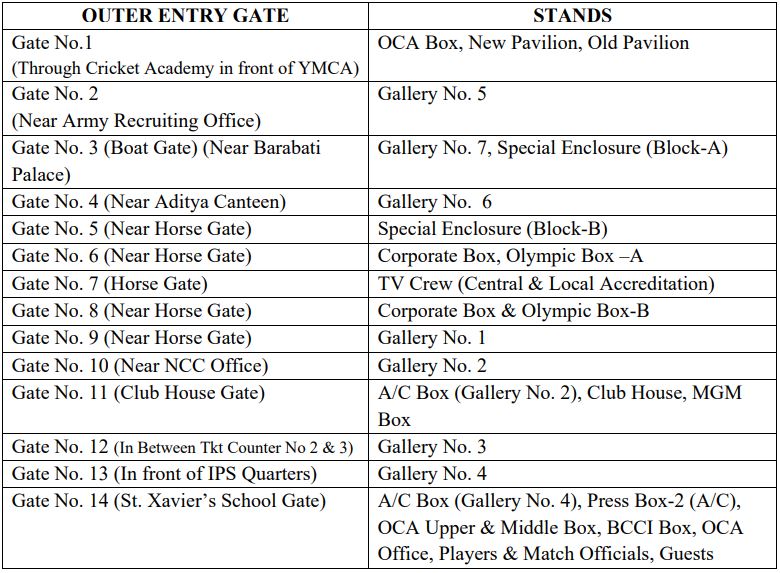