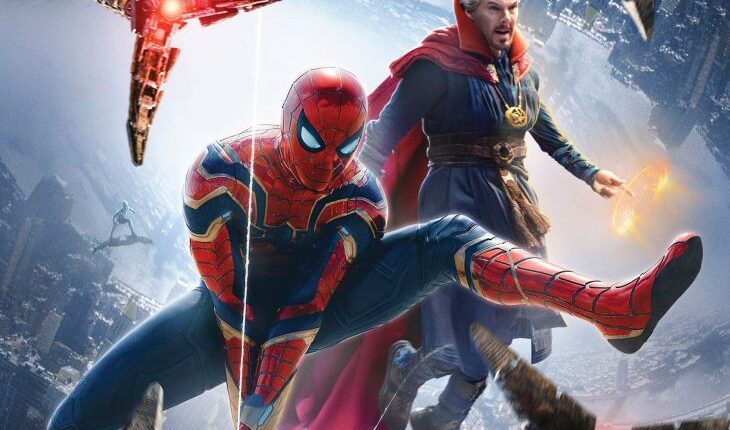 New Delhi: Cyber-security researchers on Friday warned that fraudsters are tricking people and stealing their bank details via phishing links based on the new film ‘Spider-Man: No Way Home’.

Kaspersky researchers observed intensified activity from fraudsters ahead of the film’s premiere and found numerous examples of phishing websites set up to steal viewers’ bank details.

To watch the new superhero film ahead of the premiere, people were asked to register and enter their credit card information.

After that, money was debited from their card and payment data gleaned by cybercriminals, but no early viewing of the film was available.

“With the excitement surrounding the release of the newest Spider-Man film, the inattention of thrilled viewers is being abused by cybercriminals. The premiere of ‘No Way Home’ is no exception but an attractive lure to spread threats and phishing pages,” said cyber-security researchers.

Superhero movies have always attracted a lot of attention from fans, so their trailers are especially scrutinised.

“There are tonnes of speculation and rumours floating around the Internet regarding ‘No Way Home’. For example, reports are running rampant that Tobey Maguire and Andrew Garfield are both returning as Spider-Man from their respective films,” said the report.

Even though there is no concrete evidence that they will, fans have already created their own theories.

“To boost interest in the phishing pages, fraudsters do not use official posters from the film, but rather fan art featuring all the Spider-Man actors. With such posters, cybercriminals want to attract more attention from fans,” the report noted.

In most cases analysed, Kaspersky researchers discovered movie downloaders able to install other unwanted programmes, but there were also other Adware and even Trojans.

“We encourage users to be alert to the pages they visit and not download files from unverified sites,” said Tatyana Shcherbakova, security expert at Kaspersky, adding that avoid links promising early viewings of films or TV series.