Belgium match will be pre-quarterfinal for India: Coach 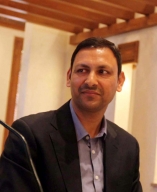 Bhubaneswar: Having started their World Cup campaign on a promising note, Indian hockey team chief coach Harendra Singh on Saturday said that his boys will approach their second Pool C match against formidable Belgium on Sunday like a pre-quarterfinal.

The Indians had thrashed South Africa 5-0 in their campaign opener last Wednesday with a superb display of attacking hockey. But Belgium, who are one of the title contenders, are expected to be a much tougher test.

Placed at the third spot in the world rankings, the Europeans had struggled to beat minnows Canada 2-1 in the opening match of Pool C. But despite that slow start, Harendra is not ready to take Belgium lightly.

“We consider the match against Belgium as our pre-quarterfinal match. Belgium has been playing modern hockey consistently since last 4-5 years. India has been playing attacking hockey since 5-6 months. India-Belgium match will be a tough contest,” Harendra told the media on the eve of the match.

Harendra however asserted that India are confident of putting up a good show against Belgium.

He said India has to give special attention to the mid-field and efforts will be made to keep the ball in the centre and play attacking hockey.

“Belgium are very good in circle penetrations and they play vertical hockey for which we are well prepared,” said the chief coach.

He explained how the Indian crowds give his team a boost and wanted his players to exploit their home ground advantage in all their matches.

“We never considered the home crowd is a pressure for us, they are our twelfth man. We will not allow any team to dominate us,” Harendra said.

“We never discuss what happened in the past in our dressing room. We always talk about our strength and how to overcome our past mistake. If we conceded a goal in the first quarter, we will have three more quarters to make a come back,” the coach added.

Forward turned midfielder Akashdeep Singh shared his happiness in his new role as an offensive midfielder.

“I am happy with my new position and enjoying the role of link man for my team. My coach advised me to play in the mid-field, which is also a vital place for the team to score as well as make new move,” he said.