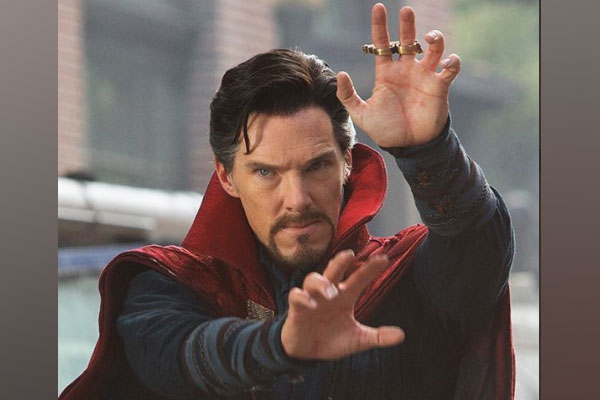 Mumbai: English star Benedict Cumberbatch has talked about playing various versions of his beloved character Doctor Strange in ‘Doctor Strange In The Multiverse Of Madness’. He called it odd as stand-ins or a stunt doubles were used as a “sort of markers”.

While playing different versions of Doctor Strange was exciting for Cumberbatch, he also admitted that it was challenging.

“I literally have one scene with another version of myself, a very crucial scene near the end, where we meet Sinister Strange, as we nicknamed him. It’s complicated. It’s hard. It’s a very odd day at the office.

“You’re working with somebody else’s stand-in or a stunt double. And you’re having to remember your performance even though you’re using them as a sort of marker for where they are, where you were. It’s very odd. But it’s something through the post and everything else that we’ve managed to finesse and get right. And it’s fun,” said Cumberbatch.

Directed by Sam Raimi, the film is a sequel to 2016’s ‘Doctor Strange’, which introduced Cumberbatch as Stephen Strange aka Doctor Strange. In the film, Doctor Strange’s new adventure begins when Cumberbatch meets America Chavez (Xochitl Gomez), a unique teenager who can open doorways from one universe to the other.

‘Doctor Strange In The Multiverse Of Madness’ is airing on Disney+ Hotstar in English, Hindi, Tamil, Telugu, and Malayalam.