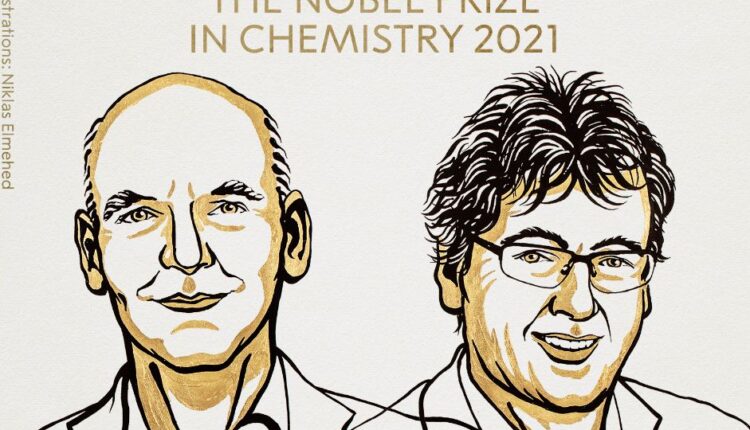 Bhubaneswar: The 2021 Nobel Prize in Chemistry has been awarded to Benjamin List and David W.C. MacMillan “for the development of asymmetric organocatalysis.”

Chemistry laureates Benjamin List and David MacMillan have developed a new and ingenious tool for molecule building: organocatalysis. Its uses include research into new pharmaceuticals and it has also helped make chemistry greener.

Researchers long believed that there were just two types of catalysts available: metals and enzymes. Independently of each other Nobel Prize laureates Benjamin List and David MacMillan developed a third type – asymmetric organocatalysis – which builds upon small organic molecules.

Benjamin List wondered whether an entire enzyme was really required to obtain a catalyst. He tested whether an amino acid called proline could catalyse a chemical reaction. It worked brilliantly.

David MacMillan worked with metal catalysts that were easily destroyed by moisture. He wondered whether he could develop a more durable type of catalyst using simple organic molecules. One of these proved to be excellent at asymmetric catalysis.

The discovery – asymmetric organocatalysis – being awarded the 2021 Nobel Prize in Chemistry has taken molecular construction to an entirely new level. It has not only made chemistry greener, but also made it much easier to produce asymmetric molecules.

Organocatalysis has developed at an astounding speed. Using these reactions, researchers can now more efficiently construct anything from new pharmaceuticals to molecules that can capture light in solar cells.

Woman tries to burn herself in front of Tamil actor Ajith’s house; Here’s why she did so