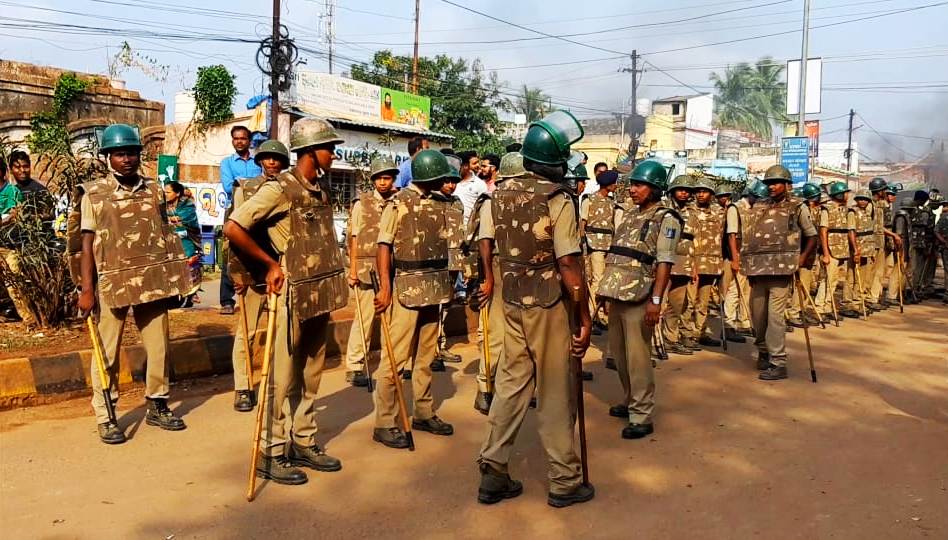 Bhadrak: The Bhadrak Police today clamped restrictions on holding anti-CAA and anti-NRC rallies and deployed five platoons of police in the town. As per reports, when a group was planning to organize a rally and meeting in Puruna Bazaar area, the police stopped the mike announcement and stationed police personnel to maintain law and order. Senior police officials are also monitoring the situation.

Earlier in the day, Balasore IG Diptesh Patnaik held discussions with leaders of a particular community and asked them to not to organize rallies and meetings.

He added permission will not be granted to anyone to hold rallies in the town. Action will be taken against persons if they indulge in posting inciting messages on social media platforms, the Balasore IG said.