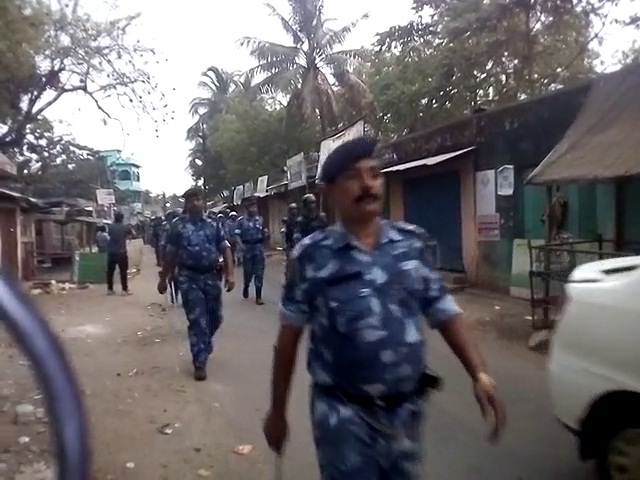 Taking strong action to control the unrest in Bhadrak town, Odisha government blocked the social media including WhatsApp, Facebook and Twitter for next 48 hours from 7 pm today in the town and adjacent areas.

A toll free number – 1077 – was also issued for the residents in violence-hit Bhadrak town.

The district administration has released a helpline number 06784-251881 for assisting people in the area.

In continuous efforts to bring back peace and harmony in the violence-hit Bhadrak town of Odisha, the CRPF and Rapid Action Force (RAF) held flag march this evening.

Two platoons of RAF along with anti-riot vehicle Vajra held flag march in the town.

Further, in view of safety, the district administration has decided to keep all the educational institutions both private and government closed tomorrow in Bhadrak town.

The Crime Branch probe has begun to investigate into alleged offensive remarks on Hindu deities on social media.

The Crime Branch is investigating the data on WhatsApp and asked the group admins to share information regarding the violence.

Earlier in the day, the curfew was relaxed for four hours from 7 am till 12 noon. Later, it was re-imposed till morning on Monday.

Notably, 35 platoons of police forces have been deployed in the town to deal with the situation.