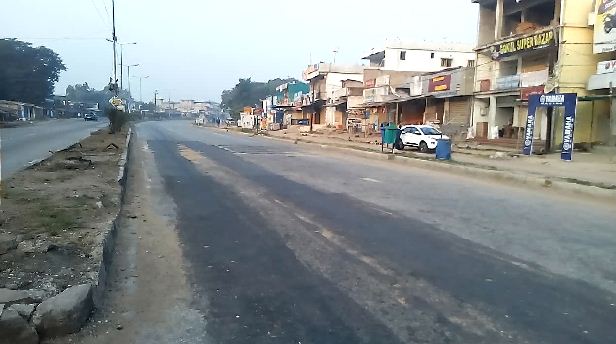 New Delhi: Farmers and trade unions from more than 12 states, including whole northern India, have so far extended their support for the ‘Bharat Bandh’ call of farmer organisations on December 8 to raise their voice against the Centre’s three contentious farm laws enacted in September during the Monsoon Session of Parliament.

Delhi, Punjab, Haryana, Uttar Pradesh, Uttarakhand, Chandigarh, West Bengal, Madhya Pradesh, Rajasthan, Odisha and Tamil Nadu are among the 12 states and a joint platform of 10 central trade unions have so far extended their support to the call which was made public after the fifth round of the government-farmer talks remained inconclusive with both sides adamant on their points.

As the ongoing farmers protest entered the 11th day on Sunday, over 40 farmer representatives engaged in a meeting since morning at Singhu Border — one of the protest spots on the Delhi-Chandigarh route — to chalk out a plan for the ‘Bharat Bandh’ and discuss further strategy of the agitation.

The farmer leaders have decided to continue their sit-in until their first and major demand to repeal all three farm laws are not annulled.

While the government was agreeable in the fifth government-farmer meet to do amendments to The Farmers Produce Trade and Commerce (Promotion and Facilitation) Act, 2020; The Farmers (Empowerment and Protection) Agreement of Price Assurance and Farm Services Act, 2020; and The Essential Commodities (Amendment) Act, 2020, farmers were pushing for the scrapping of these laws.

Farmer leaders communicated that they will hold the ‘Bharat Bandh’ on December 8 as their demands haven’t been met.

Bharatiya Kisan Union (BKU) Ekta Ugrahan state President Joginder Singh told IANS that a few team members of the group have been sent to Punjab for a complete ‘Bharat Bandh’.

“So far, it is not known if Gujarat will follow the ‘bandh’ call as none of the members from there has approached us. However, we have come to know that around 500 farmers are coming in separate vehicles here. I am not aware who is leading them. Separate organisations are coming here to support our protest. Who is organising these people is still not known? All political leaders, except BJP, are supporting the protests in Punjab.”

The farmer leader said that farmers from Bihar have not still come forward to support the bandh. “We expect guaranteed complete shut-in northern India on December 8.”

Bharatiya Kisan Union President Gurnam Singh Chathuni told IANS that “it would be a peaceful ‘Bharat Bandh’ across the country on December 8”, assuring “if any person is found adopting violent acts, he would be handed over to police”.

Kultaran Singh Atwal, President of All India Motor Transport Congress, told IANS that “transport associations and unions will also be observing ‘chakka jam’ in Northern States on December 8 under the banner of AIMTC.”

“You are well aware that our farmer brothers are fighting for their rights for last 11 days. More than 60 per cent of our transport vehicles are dependent on agriculture produce and we are dependent upon them. If the farmers are not there then how can the transporters survive. Moreover, most of the transporters also come from farmer families,” Atwal said.

“The farmers are the ‘annadata’ of this nation and, therefore, it becomes our moral duty to support their cause.

The transport fraternity of India under the banner of AIMTC has extended its support to them.”

Thousands of protesters have already blocked Delhi borders at five points connecting it to Punjab, Haryana and Uttar Pradesh. The protest which began on November 26 will be observed across the nation on December 8 for which farmer associations are continuously contacting different state unions.