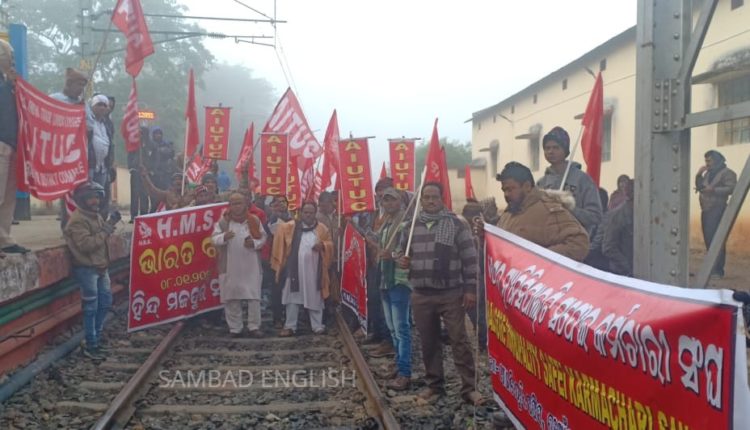 Bhubaneswar: Train services were affected in several parts of Odisha today due to nationwide strike by trade unions as the agitators resorted to rail roko at various railway stations in the state.

As per official sources, the following trains have been detained at different stations: