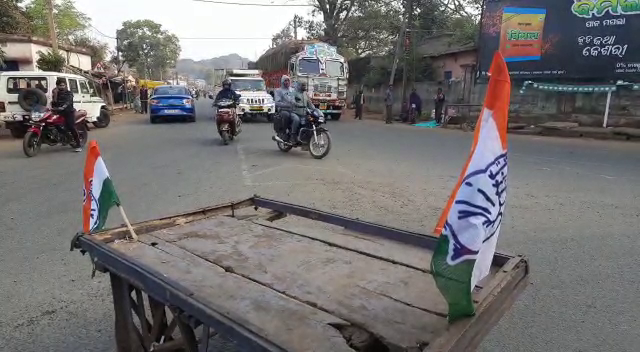 “All district presidents of our party have been directed to extend full support to the bandh call and make it successful. Congress workers will support the bandh across the state tomorrow,” he said.

“The Central Government has not paid attention towards the just demands of the agitating farmers. We strongly condemn it,” he added.

The Samyukta Kisan Morcha (SKM) has called for a ‘Bharat Bandh’ on March 26, when their agitation against the three Central farm laws will complete four months on the borders of the national capital.

The agitators have sought the cooperation of citizens of the country in making the bandh a complete success.

The bandh will be observed from 6 am to 6 pm. Movement of vehicles on roads and train services are likely to be affected as the agitating farmers might resort to road blockade and rail roko.

They also said that copies of the new farm laws will be burnt during ‘Holika Dahan’ on March 28.

The SKM has also urged trade unions, transport unions, and other public rights organisations to extend support to the bandh call.