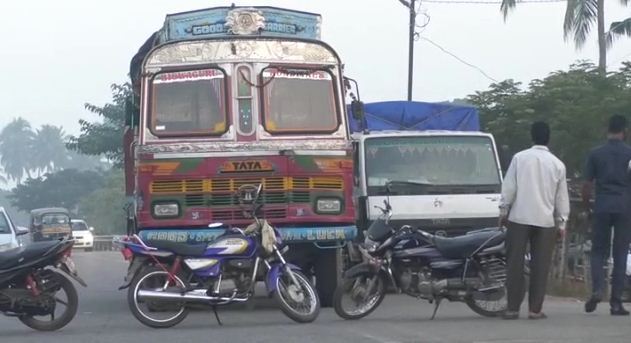 Bhubaneswar: Roads wore a deserted look in several parts of Odisha as the farmers supported by different political parties and trade unions on Tuesday began holding protests as part of Bharat Bandh against new farm laws enacted by the Centre.

Public transportation services were affected as the protesters held picketing at the railway stations and bus stops in Bhubaneswar, Rourkela, Rayagada, and several other places.

Vehicular movement on many routes disrupted with agitators blocking them by burning tyres.

The farmers and political activists also resorted to “rail roko”, affecting the train movement in the state.

In Bhubaneswar, protests were witnessed against the farm laws at the the railway station, Master Canteen Square and Jaydev Vihar Square.

“The BJP government is against the farmers. If Narendra Modi believes in democracy, he must repeal the new farm laws,” said CPI leader Narayan Reddy.

Eight political parties including the Congress are supporting the Bharat Bandh in Odisha.

The Federation of All Odisha Traders Association have also extended its support to the farmers’ cause.

In view of the protest, the state government has announced that all government offices will remain closed on Tuesday.

It asked the district collectors to take all preventive measures to maintain law and order and to ensure maintenance of essential services in the districts in view of Bharat Bandh.