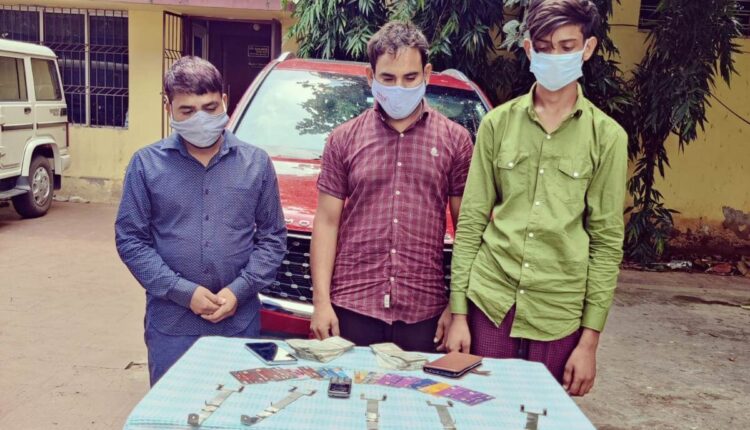 Bhubaneswar: The Twin City Commissionerate Police have arrested three persons in connection with an ATM fraud case as the accused used an unique method to withdraw cash from ATMs in Bhubaneswar and Cuttack without the amount being deducted from the bank accounts.

As per police sources, the accused– Md Salman (18), Kafhaiyat (35) and Raj Kumar Tanwar (31) of Haryana– used to target ATMs having touchscreen facilities.

They inserted a specially designed steel plate inside the cash dispenser windows of the ATMs, affecting the proper functioning of the machines. The trio used debit cards of their associates for withdrawing money.

However, the cash dispensed by the ATMs got placed in the steel plate installed by the accused. The machine treated the transaction as an unsuccessful one and refunded the amount to the accounts.

The accused then took out the plate from the machines, thereby possessing the cash without money deduction from the accounts.

As many as 15 ATM cards, five steel plates, a car, Rs 90,000 and three mobile phones have been seized from their possession. A case has been registered under Sections 454, 380, 34 of the IPC and Section 65 of the IT Act. All of them have been forwarded to court.