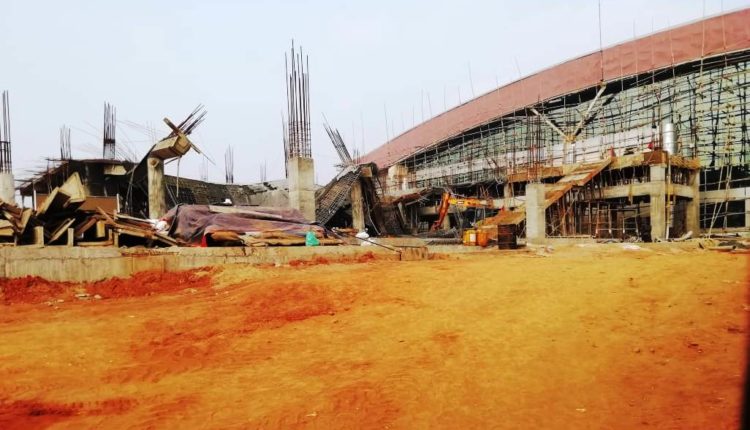 Earlier in the day, the police detained him and interrogated him in connection with the airport mishap.

Apart from Khatai, Airport Authority of India AGM Asish Sarkar and engineers Abhilash and Goutam Ray were arrested by the police.

Following their arrest, the four persons were produced in a court which rejected their bail plea and sent them to jail.

Sources said the construction company was banned by the Airport Authority of India (AAI) for three years in connection with delay in a project. Now the question remains as to on what grounds the firm was roped in by the BPIA for the construction work.

Worth mentioning, a person identified as Antaryami Guru, a resident of Baramba in Cuttack district, was killed and few others suffered injuries after roof of an under-construction link building at the airport caved in at around 10 pm yesterday.

Meanwhile, the ruling BJD demanded a thorough probe into the incident and strong action against those responsible for the same. Party Spokesperson  Sasmit Patra said, “Our deepest condolences to the family of the deceased. We demand adequate compensation for his family and free treatment to the injured. We also demand a thorough probe and strict action against those responsible for the incident.”