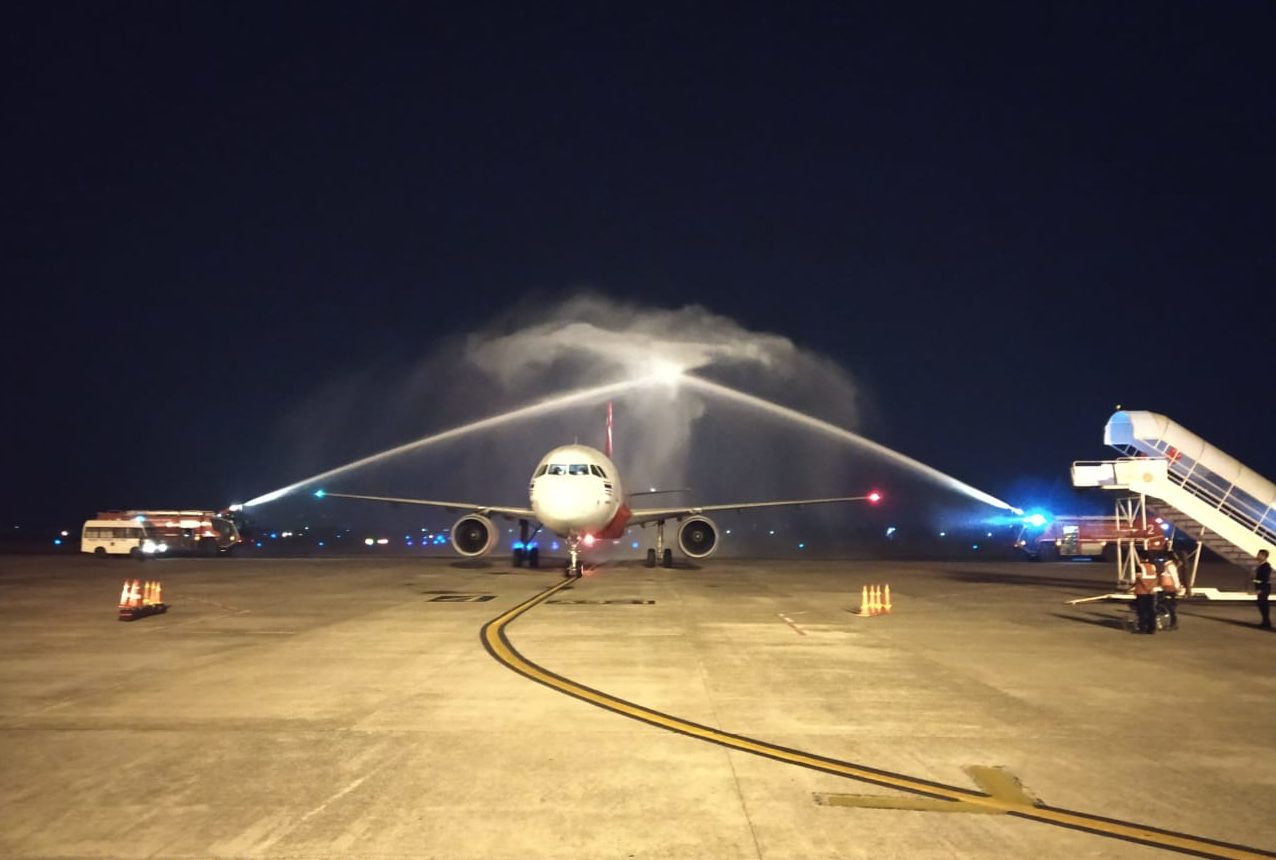 The AirAsia flight carrying 28 flyers from Bangkok received a warm welcome from the BPIA authorities with the water cannon salute for the inaugural flight services from Bhubaneswar to the international destination.

The passengers who were to board the AirAsia flight from Bhubaneswar to Bangkok was given a customary welcome at the airport before take off at 12.25 am.

The Bhubaneswar-Bangkok AirAsia flights will be operated for three days a week. The carrier FD-113 will fly to Bangkok at 12.25 am on Sunday, Wednesday and Friday and reach the destination at 4.30 am (according to Bangkok time).

In a bid to attract the Odisha passengers, the AirAsia authorities have provided 20% off on the flight tickets for the first three days. In this regard, a stall will be set up at Odisha’s leading shopping mall Esplanade from Friday to Sunday. The passengers, who will purchase tickets from this stall, will avail 20% discount, announced the AirAsia.

Notably, the operation of flight services by the AirAsia to Bangkok will bring cheers among the air passengers in Odisha after a long time.