Bhubaneswar, Bhadrak stns in Odisha to get new FOBs soon 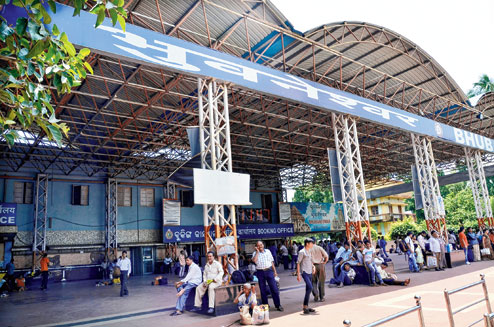 Bhubaneswar: Good news for rail commuters of Bhubaneswar and Bhadrak, the East Coast Railways (ECoR) has given in-principle approval for construction of one more Foot Over Bridge (FOB) at these railway stations.

Singh’s in-principle nod for the FOBs at these stations came after Union Railways Minister Piyush Goyal on Monday gave full powers to all Zonal General Managers of Railways to take decisions on all projects connected with passenger safety, the release added.

The release says that these FOBs are likely to be approved within a week and will be completed in 2018.

Each of these FOBs will cost over Rs 7 crore each according to preliminary estimates, it added.

The decision for construction of these FOBs was taken during a review on safety issues by Singh on Wednesday.

Notably, around 200 trains pass through the Bhubaneswar railway station and approximately 80,000 passengers use it daily.