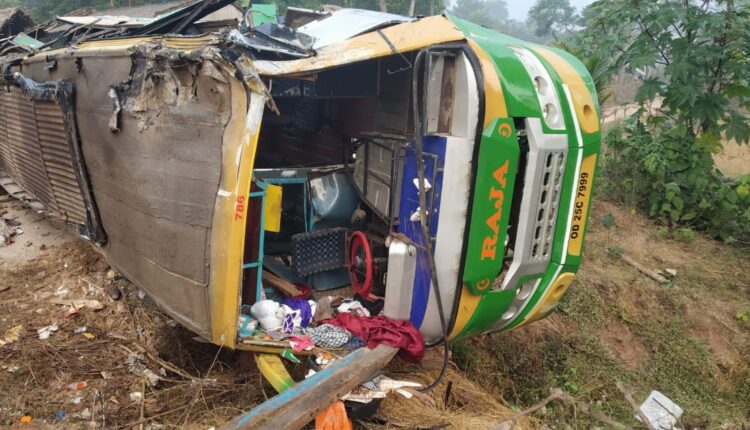 Phulbani: A Bhubaneswar-bound private bus carrying around 30 passengers overturned at Gadiapada Ghat near Khajuripada in Kandhamal district this morning.

A major mishap was averted as no casualty has been reported in the accident.

According to reports, the bus coming from Tikabali was heading to Bhubaneswar, when brakes of the ill-fated vehicle failed near Gadiapada Ghat. As the driver lost control over the bus, it turned turtle leaving 21 passengers injured and 6 critically injured.

However, all injured were rushed to  Khajuripada Community Health Centre (CHC). Later,  the critically-injured were shifted to the District Headquarter Hospital (DHH) here.