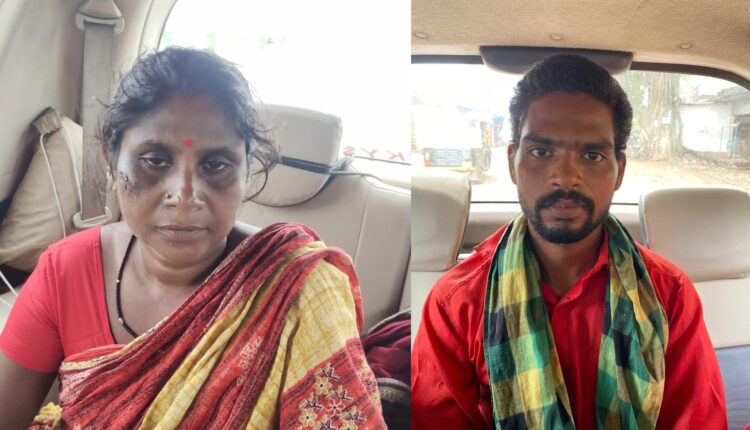 The accused have been identified as Ranju Nayak and her husband Kanha. The two were apprehended from Ganjam, where they were hiding to evade arrest.

They will be produced before court while the police are likely to bring them in remand for further questioning in connection with the case.

Notably, the accused duo had allegedly murdered one P Subrat Rao (37) on September 9 evening after an exchange of words erupted between them over drug peddling.

The accused attacked him with sharp weapon, leaving him critically injured at the spot. He was rushed to the Capital Hospital, where doctor declared him dead.

While the husband-wife duo was involved in drug trading, Rao, who was once a drug addict, had come out of a rehabilitation centre recently. He was opposing the drug peddling in the locality, for which the peddlers were threatening Rao to attack him.

Further investigation by police was underway to ascertain the possible involvement of others in the killing.