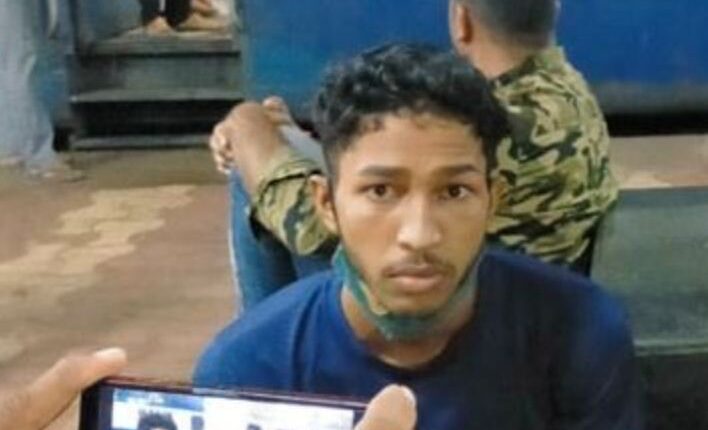 On the other hand, the girl who was found with him in Madhya Pradesh said she had eloped with him and was not abducted by him.

The Dhauli police today brought the duo to Bhubaneswar from Madhya Pradesh and recorded their statement.

Police had earlier traced him in Madhya Pradesh with the girl while they were travelling in a train. During investigation, the Dhauli Police found CCTV footage which showed Patitapaban walking on road, contrary to the allegation of his family members that he was kidnapped at Lingipur near Daya river on the outskirts of Bhubaneswar on September 11 night.

Police had seized his footwear, bag, wallet, T-shirt and a knife from the spot. Moreover, Patitapaban’s wife had received a voice message from him, in which he was heard saying that he was being abducted by four drunkards in an auto-rickshaw.

Police tracked his mobile phone and managed to trace him with the help of the Government Railway Police (GRP).

Parents of the girl of Balanga area in Puri district had lodged a complaint with the Gop police alleging that Patitapaban kidnapped their daughter, a college student.

Bonding between the two developed while Patitapaban used to come to his relative’s house located near the girl’s residence, the complainants said.

Worth mentioning, Patitapaban had married Ahalya Parida of Maliatutha village under Ramachandi police limits in Puri district, eight months ago. Later, the couple started staying at a rented house in Dhauli area of the capital city.