Bhubaneswar: Fire breaks out at showroom in Market Building 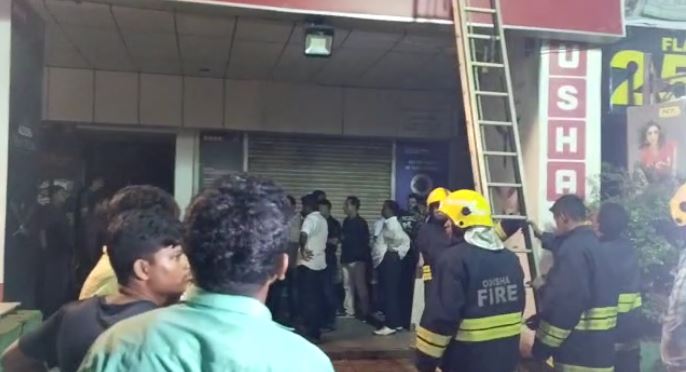 Bhubaneswar: A fire broke out at a showroom in Market Building here last night damaging properties worth lakhs.

Fortunately, no casualties have been reported in the mishap.

According to reports, locals initially spotted the fire at USHA store and informed the Fire Services personnel, who rushed to the spot and doused the flames.

Though the reason behind the outbreak of fire was yet to be ascertained, it is being suspected that electrical short circuit led to the mishap.

As many as six fire tenders and 30 Fire Services personnel were engaged in the firefighting. It took them more than one hour to bring the situation under control.

Earlier this year, a major fire mishap had taken place at the Keshari Mall in Market Building damaging properties worth over Rs 10 lakh.

Facebook alert saves life of NEET aspirant in UP