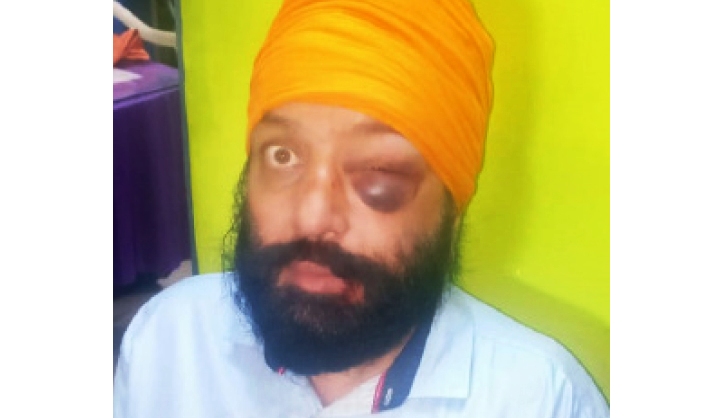 Bhubaneswar: In an incident raising serious questions over law and order situation in Odisha capital, a man was allegedly assaulted by a group of persons in Laxmi Sagar area of the city despite presence of police at the spot.

According to police sources, victim Parbinder Pal Singh had yesterday asked occupants of a car to move the vehicle as it was parked on road near an apartment causing inconvenience in vehicular movement.

However, they scolded Singh following which he sought the help of police by dialing 100. As cops reached the spot in a PCR van, Singh went near the policemen to apprise them about the matter. In the meantime, the accused thrashed Singh and hit his head with stone injuring him grievously. Surprisingly, the assault took place despite the presence of the cops.

Later, a case was registered at the Laxmi Sagar police station in this connection and three persons, identified as Sankar Rout, Deepak Mohanty and Deepak Jena, were arrested. On the other hand, the PCR van in-charge has been placed under suspension for negligence in duty.