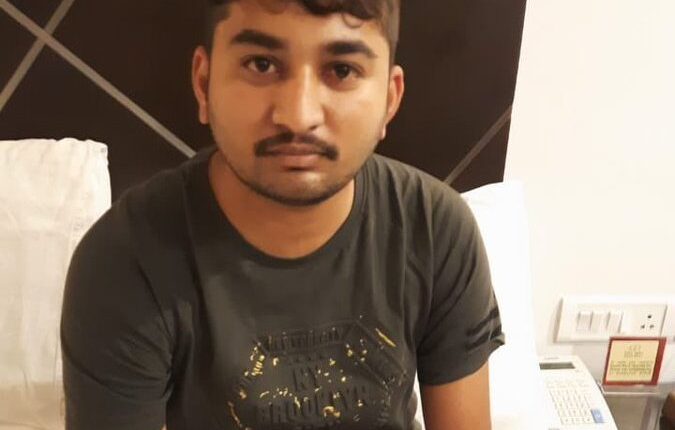 Bhubaneswar: A Special Squad of the Twin City Commissionerate Police today arrested an MBA student of Bengaluru from a five-star hotel in Bhubaneswar for allegedly duping jewellers of lakhs of rupees with ‘fake money debit messages’ on his mobile phone.

The accused has been identified as Vishal Lilenga.

As per reports, he had introduced himself as an Income Tax Officer and bought gold ornaments from various jewellery shops in the state. For payment, he used to opt UPI mode but display a fake money debit message on his mobile phone to deceive the seller.

The accused was wanted in Sambalpur, Jharsuguda and Puri districts, sources said.

Following his arrest, he was today handed over to the Sambalpur police. Further investigation into the offences was underway.