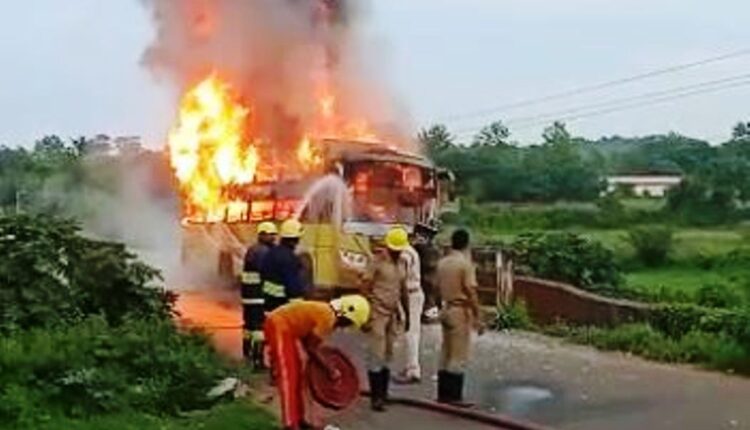 According to reports, the ill-fated vehicle was on its way to the city from Berhampur when a tyre of the bus burst, this morning. The driver of the vehicle lost control over the wheels, as a result of which the bus collided with the parapet of a bridge on the service road adjacent to the Baramunda flyover.

Fire broke out from the engine of the bus after the collision. The panic-stricken passengers alighted from the vehicle immediately. However, four of them were injured in the mishap.

The fire soon engulfed the entire bus damaging it severely. On being informed, Fire Services personnel reached the spot and doused the flames.

Police later detained the driver of the bus for questioning.