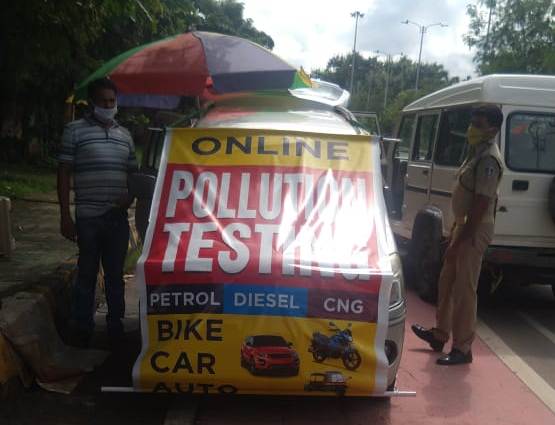 Bhubaneswar: With an aim to upgrade cycling infrastructure to ensure citizens must feel safe and secure while cycling, the Bhubaneswar Municipal Corporation (BMC) on Friday started a massive enforcement activity on some of busy thoroughfares and streets of the capital city to clear encroachments and freeing footpath and cycle tracks from the clutches of street vendors.

On the first day of eviction drive, the special squad removed around 10 unauthorized vendors (trolleys), roadside cabins, tiffin centers which attract huge crowd resulting in movement restriction of pedestrians and cyclists. Besides, the Squad also imposed fine of Rs 5200 on some shopkeepers for occupying and dumping construction materials on cycle tracks at Bapuji Nagar in South East Zone of the Civic Body.

In South West Zone, the enforcement squad also cracked down on five fruit selling trolleys, one car and one pollution testing vehicle occupying footpath and cycle tracks. A fine of Rs 5000 was collected from people for dumping construction debris on the cycle tracks.