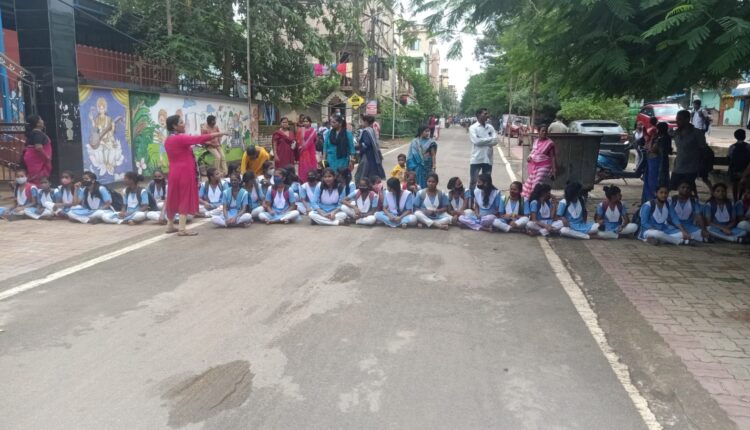 Braving rainfall, the agitating students also locked the gate of the school to press their demands.

Movement of vehicles was affected on the road due to the blockade.

As per reports, the school has mere two teachers for imparting education to around 160 students. Moreover, one of the teachers has been taking classes for only three days a week.

While new classrooms have been constructed for the students of class-9 and class-10, the same for students of other classes was yet to be built. The students have been attending their classes at classrooms of a primary school amid severe inconvenience due to shortage of space, reports added.

Instances of students of government-run schools in the state resorting to protest over lack of amenities and infrastructure had come to fore in the past. However, similar situation in the capital city has raised serious question over the quality of education provided by the state government.