Bhubaneswar’s iconic ‘Warrior-Horse’ not to be shifted from Master Canteen square: Official 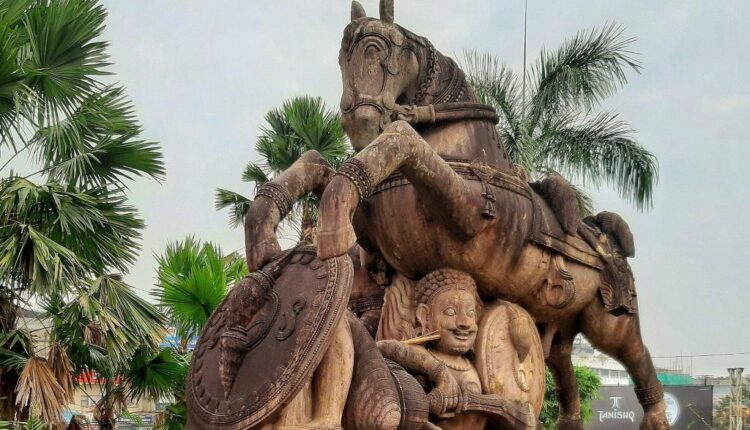 Bhubaneswar: The iconic Warrior-Horse replica located at the Master Canteen square in the city will not be shifted from the place, informed Bhubaneswar Municipal Corporation (BMC) Commissioner Sanjay Singh today.

A discussion in this regard has been held at the government-level, the official said.

A proposal regarding the shifting of the replica for the ongoing Smart Janpath project had earlier stirred a row as a decision was taken by the State Government to relocate it to Raj Bhavan square.

The Bhubaneswar Smart City Limited (BSCL) had proposed the relocation of the sculpture, a prominent landmark in the city, for a multi-modal hub project at the Bhubaneswar Railway Station.

Later, politicians and sculptors had opposed and questioned the decision.

The Bhubaneswar Development Authority (BDA) had erected the sandstone sculpture at Master Canteen square in 1988. It was sculpted by late eminent sculptor Padma Vibhushan Raghunath Mohapatra.