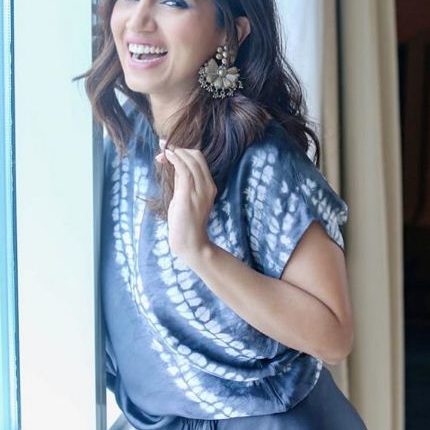 Mumbai: Bhumi Pednekar, who has three films lined up for release, says she craves for versatility as an actress. She will be seen in “Saand Ki Aankh”, “Bala” and “Pati Patni Aur Woh” in the coming months.

“I crave for versatility as an actor and my next three films will showcase my diversity of choosing films. All three are incredible scripts and are films that are close to my heart. Interestingly ‘Saand Ki Aankh’ and ‘Bala’ have an important message that will touch the hearts of audiences because of the social commentary present in the scripts. ‘Pati, Patni Aur Woh’ is a superb script that will stand out,” Bhumi said.

Ever since her debut in 2015 with “Dum Laga Ke Haisha”, Bhumi has been seen in films as different as chalk and cheese.

Her next three films once again aim to showcase Bhumi’s versatility. In “Saand Ki Aankh”, she plays the world’s oldest sharpshooter Prakashi Tomar. In “Bala”, she plays someone who is fiercely proud of how she looks and doesn’t conform to societal obsession for fair skin.

In “Pati, Patni Aur Woh”, Bhumi will be seen romancing Kartik Aryan in a story that will bring out her fun side.

Bhumi says these three films have challenged her as an actor.

“It is an age of good content and these films will take their place among some of the gems that our industry has recently produced. All three roles have challenged me as an actor and pushed me to do better and I certainly hope that audiences will love what I have done because I have given my heart and soul to bring these characters to life,” she added.