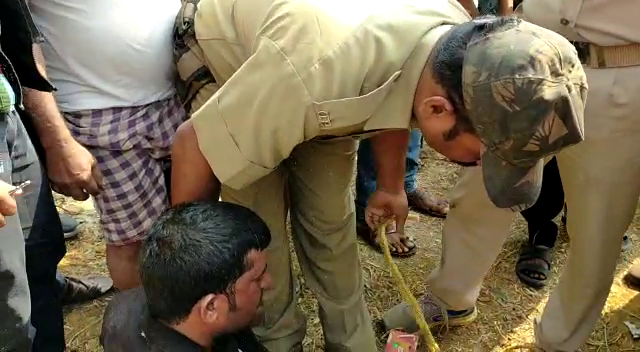 Athagarh: Be careful who you allow inside your house for you might fall in the trap of some anti-socials. In a fresh incident, two youth impersonated as jewellery polishers attempted to loot gold jewelleries from a house at Sanabarsingh  village under Badamba police station in Cutack district today.

However, their loot bid was foiled as the family of the house got to know about it on time and raised an alarm.

Sources said two youth, residents of Bihar,  entered the house at Sanabarsingh  on the pretext of polishing gold jewelleries at around 1 pm. However, the family members got suspicious when they saw the duo exchanging the gold items and immediately raised an alarm. Later a group of villagers detained the two, tied them to a tree and thrashed him brutally .

On receiving information, Badamba police rescued the duo from the villagers’ clutch and took them to custody for interrogation.