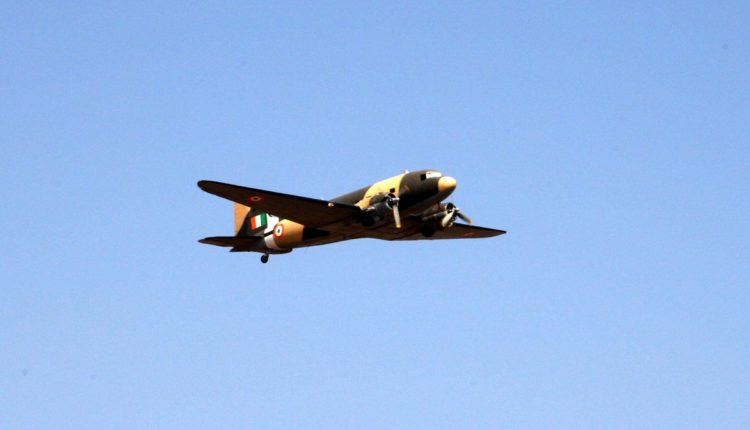 The metal birds tore the skies of India’s IT city with stunts after paying the tribute to the Surya Kiran aircraft pilot killed in a mishap during rehearsal on Tuesday.

Amidst political row, the military aircraft Rafale stole the show.

The LCA also paid tribute to former Prime Minister Atal Bihari Vajpayee, who had named it as Tejas, with breathtaking manoeuvres.

Around 47 aircraft will participate in the Aero India show this year. The airshow will conclude on Feb 24.

Dakota, which was part of the IAF, had remained abandoned for years. It was closely associated with Odisha and its late Chief Minister Biju Patnaik. The aircraft was flown by Patnaik to rescue Indonesian freedom fighters.

Worth mentioning, the legendary Biju Patnaik, who was known for his daredevilry act as a pilot, had formed the Kalinga Airline in 1947. The airline had 15 Dakota planes parked in its headquarters Kolkata. The aircraft were chiefly used by the army for transport of jawans deployed in Kashmir. Kalinga Airline’s DC-3s were also used to drop supplies at the north-eastern area of the country and providing services to the army personnel in the north-east area of the country.

Later, the Indonesia government acknowledged Patnaik’s contribution by honouring him with ‘Bhumi Putra’ title for his chivalry.