Biju Janata Dal is ‘B team’ of BJP: Congress 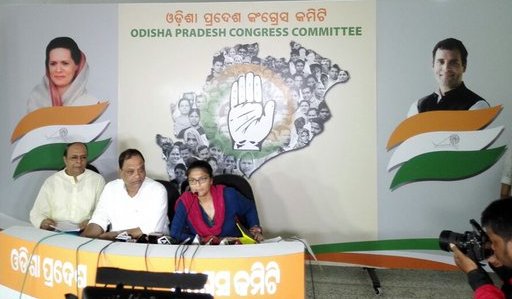 The Congress on Thursday targeted the ruling Biju Janata Dal (BJD) in Odisha, saying it is the “B team” of the Bharatiya Janata Party (BJP).

Taking a swipe at the BJD and BJP, All-India Congress Committee spokesperson and Congress MP Sushmita Dev said the two parties have struck a deal to bail out each other.

She alleged that the CBI inquiry into the chit fund scam in the state has slowed down because of the deal between the two parties.

Describing BJD as the “B team of BJP” she said the parties are two sides of the same coin.

She also slammed the BJD, saying that it is a party void of any ideology.

“BJD is a party without any ideology. It is an opportunist party which favours the BJP at the Centre even though it is claiming to be opposed to the BJP,” Dev said.

Attacking the NDA government at the Centre, she said the tall promises made by Narendra Modi in the run-up to the general election are yet to be fulfilled.

“While Modi had promised to create two crore jobs every year, only 1.34 lakh jobs have been created in the last two years,” Dev said.

She said the BJP government is mired in corruption including the Vyapam scam and mining scam.

Will examine ED request for extradition of Lalit Modi: MEA