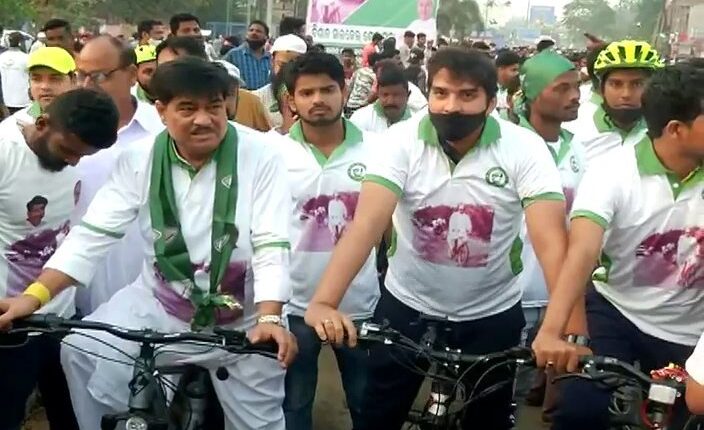 The rally starting from Anand Bhawan in Cuttack  culminated near Bhubaneswar Airport.

Wearing white T-shirt with motif of Biju Patnaik riding a bicycle and the party flag tied with the handle of the cycle, thousands of students and youths from different places participated in the rally. Several party leaders, including Minister Ranendra Pratap Swain, MLAs Pranab Prakash Das,  Byomakesh Ray and Sushant Kumar Rout also joined the rally.

After reaching the culminating point,  the participants paid floral tribute to the statue of Biju Patnaik near the airport.

“The rally was a huge success. I thank the party members for participating in the event that marked the birth anniversary of Biju Babu which is also observed as Panchayati Raj Diwas,” said MLA Byomakesh Ray.

Besides, cycle rally was also held in Berhampur led by MLA Bikram Panda.