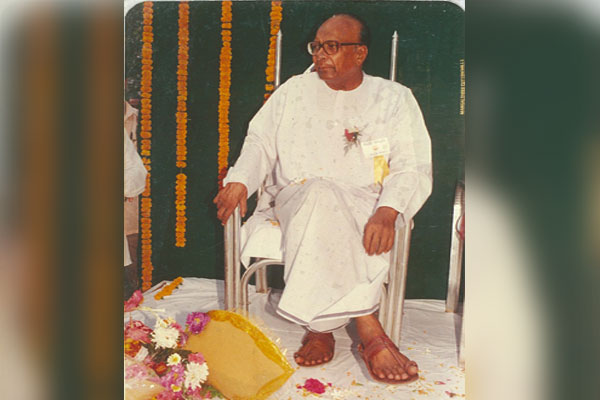 Bhubaneswar: Biju Patnaik, an awe-inspiring leader, who continues to live in hearts of billions for his chivalry and dauntlessness, could have been the Prime Minister of India.

He was among the frontrunners for the post of Prime Minister in the year 1989. However, the then Janata Dal Chief Vishwanath Pratap Singh was chosen as the Prime Minister of the country after Biju Babu reportedly was reluctant to hold the Office.

It was his courage and charisma that had made him dear to Pandit Jawaharlal Nehru, the First Prime Minister of India.

He was also the most talked about politician during Nehru era who had potential to take the country forward on his bold shoulders.

Biju Babu also featured in a book titled ‘After Nehru Who’ authored by an American Journalist Welles Hangen during the last years of Nehru’s life. Not only Welles, but also others were assuming ‘The Tall Man’ Biju Patnaik to be preceded by Nehru.

“The man who would rule the country after Nehru was being talked about. It was not merely Welles Hangen, there were many who thought that here’s somebody who could be one of the persons. Biju Patnaik was not only very well versed in the art of administration, who had industrial background, but also a visionary. But, the movement of Indian political system is such that he perhaps was one of those who did not know the gentle art of being diplomatic with persons, how to win friends and influence people,” said Sitakant Mahapatra, eminent poet and literary critic, adding, “To my best of awareness about him, he never cared for that.”

The legendary leader was said to be the man behind H. D. Deve Gowda in making him the PM of the country too.

“Patnaik had played a major role in making me the Chief Minister of Karnataka and also the Prime Minister,” the former Prime Minister had revealed it during the launch of late Biju Babu’s pictorial biography, ‘The Tall Man Biju Patnaik’ authored by Sundar Ganesan, in Bhubaneswar in 2018.

As the leader, he had never cared for criticism in politics. He was referred as the ‘brave’ politician who had straight opinion in Nation building.

“The man looked his ideas were far ahead of the time the people could understand. And he was born also in a wrong State,” late parliamentarian Pyarimohan Mohapatra, who was tagged as the Chanakya of Biju Janata Dal, had told in an interview.

Talking about boldness of Biju Babu, he shared his views that how the late leader had stood stubborn on extremism when daughter of Former Chief Minister of Jammu and Kashmir Mufti Mohammad Sayeed, who was the then Home Minister in VP Singh government, was abducted by terrorists.

“When the question was of releasing Mufti’s daughter in exchange of eight hardcore militants, Biju Babu was very very strong on that issue. He had asked Mufti to resign first as the Home Minister to release her daughter,” the former BJD leader said.

Besides, Biju Babu was the striking name, who was the most popular among leaders, as the daring aviator.

He was conferred with ‘Bintang Jasa Utama’ award by Indonesia Government for his heroism that he had played when Dutch colonialists had tried to gain control over the country in 1947.

Biju Patnaik, an ace pilot had joined the Royal Indian Air Force in 1936 after completion of his training at the Delhi Flying Club in 1930.

The ‘son of soil’ was the warrior in true sense as he had air-dropped leaflets on the Quit India Movement for Indian soldiers fighting against Myanmar. He had also helped freedom fighters shifting them from one place to another during the freedom struggle.

The legend had also founded the Kalinga Airlines that operated the Dakota aircrafts, which had played a significant role in Indonesia.

It was Biju Patnaik, who had rescued Indonesia’s then Prime Minister Sutan Sjahrir and then vice-president Mohammad Hatta from Java after Dutch launched a full-fledged attack on Indonesia in July 1947. He had safely flown Sjahrir and Hatta to Singapore and India.

In 1950, Patnaik was rewarded by the Indonesian Government with a piece of forest land and a palatial building that he did not accept. He was given an honorary citizenship of Indonesia and awarded the ‘Bhoomi Putra’, a recognition rarely granted to a foreigner.