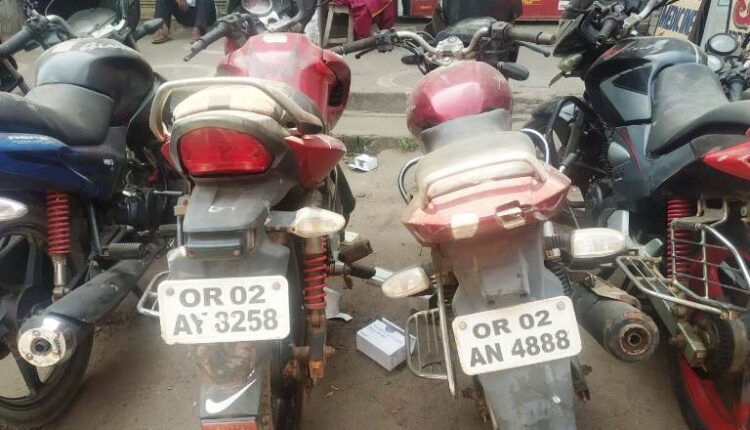 Of the five arrested, four used to lift vehicles while the other one has been arrested on charges of selling those stolen motorcycles. The arrested are Kunjabihari Nayak (25) alias Rinku of Pradhan Patikira under Patkura police limits in Kendrapada, Soumendra Das (21) alias Silu of Jaipur under Tirtol police station in Jagatsinghpur,  Suryakanta Khatua (19) alias Dolia of Ayar Ambadarad in Jagatsinghpur, Taju Khan (45) of Jatani Chintamani Nagar in Khordha and Niranjan Behera alias Kalia of Buddha Nagar under Laxmisagar police station in Bhubaneswar.

Speaking on the Modus Operandi of the gang, Cuttack DCP Prateek Singh said they used to lift motorcycles from busy areas and later sell the same by replacing number places. Sometimes, the looters dismantle the stolen vehicles and sell various parts, the DCP added.

Further investigation is underway to ascertain involvement of other persons in the racket, he added.