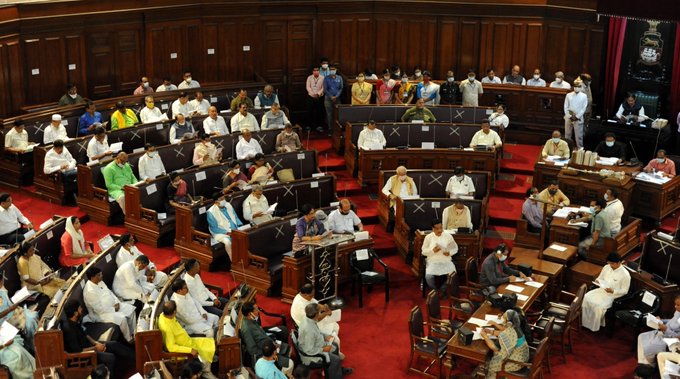 Kolkata: The West Bengal Assembly on Wednesday passed a Bill to replace the Governor with the Chief Minister as the chancellor of the universities under the jurisdiction of the state animal husbandry and fisheries sciences department.

At the same time, a separate Bill was passed to increase the retirement age of vice-chancellors of these universities from 65 to 70 years.

The vice-chancellors will be appointed by the Chief Minister from among three names suggested by the search committee of the university concerned.

On June 13, a Bill was passed in the Assembly to replace the Governor with the Chief Minister as the chancellor of 31 state universities under the jurisdiction of the state education department.

Similarly, on July 14, another Bill was passed to replace the Governor with the state Education Minister as the visitor to private universities operating in the state.

Reacting to the Bill passed on Wednesday, leader of opposition Suvendu Adhikari reiterated that he would request Governor Jagdeep Dhankhar not to clear the Bills.
“There are three options before the Governor. The first is he clears the Bill. The second option is he sends it back to the Assembly for reconsideration. But in that case if the state government again forwards the same Bill to the Governor, the latter will have no other option but to clear it. The third and final option is that the Governor can send the Bill to the Union government since education is in the concurrent list. I will request the Governor to go for the third option,” said Adhikari.

However, state Education Minister Bratya Basu has already said that in case the Governor refuses to give consent to the Bills, the state government will implement the same through an ordinance.

Presidential poll: Rajnath reaches out to Naveen, Mamata, other leaders